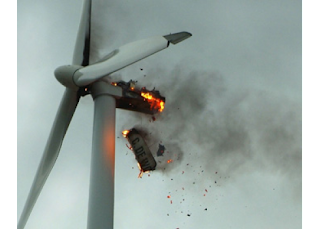 Denver, CO – With just hours until the General Assembly’s “crossover deadline” when legislation must pass through at least one house of the legislature or be declared dead, American Tradition Partnership (ATP) members lit up Colorado Senate phones and effectively stopped passage of S.B. 178.

If passed, S.B. 178 would force Colorado consumers to purchase an even greater percentage of renewable energy despite studies that show adding wind and solar to the utility grid actually cause more pollution.

Since renewable energy is much more expensive than traditional energy sources like coal and natural gas, S.B. 178 could have raised utility rates across Colorado by an estimated $50-$100 million or 25%.

“S.B. 178 was a last-ditch effort to salvage Colorado’s ‘renewable energy mandate.’ The Colorado Attorney General’s Office testified the current standard likely violates the U.S. Constitution.
ATP is currently a plaintiff in the lawsuit seeking to overturn Colorado’s Renewable Energy Standard in federal court for violating the Commerce Clause of the United States Constitution.    S.B. 178 was designed to overcome the legal complaints brought by ATP.

Currently, 30 states have some sort of renewable energy mandate and Ferguson is hopeful Colorado could be the linchpin in unraveling these schemes across the country, saying “S.B. 178 would have only made the current situation worse.”

Ferguson explained why these green schemes are a bad deal for consumers saying, “Just like the Solyndra scandal, so-called ‘renewable energy’ mandates are just another example of radical environmentalists using government force to line their own pockets at the expense of everyday Americans.

“And perhaps the most maddening thing is that renewable energy mandates do nothing to improve the environment!  Even President Obama’s EPA noted that the manufacturing process to create ‘green’ energy installations causes a jaw-dropping amount of pollution.  And studies show adding renewables to the grid results in more pollution than running coal or natural gas as baseload power sources.”

“The answer to America’s energy problems is the free market.  Government – and especially these schemes pushed by the radical environmentalists are getting us nowhere fast.  Just take a look at the price at the pump next time you get gas.”

Economy worsens as more Americans give up looking for work 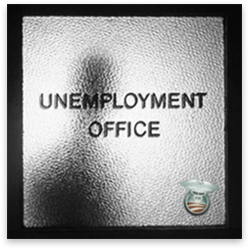 Democrats are hailing new government report showing unemployment has fallen to 8.1 percent in April.
But the real numbers are sobering, and worrisome for millions of Americans.

For one, in eleven of the last twelve months the initial unemployment figure has had to be "revised" to show it was higher than initially reported.  So, in fact, the employment rate may actually have increased in April.

And second, the unemployment rate is calculated as what percentage of the labor force do not have a job and are looking for one.  In April labor force participation plunged to 63.6 percent, the worst it's been since December 1981.

The reason the unemployment rate fell is because the number of Americans who have given up looking for a job growing.  It's certainly not because enough jobs are being created.

Even The Washington Post's reliably liberal Ezra Klein tweeted "Unemployment rate down to 8.1%, but for the wrong reason: people dropping out of labor force."