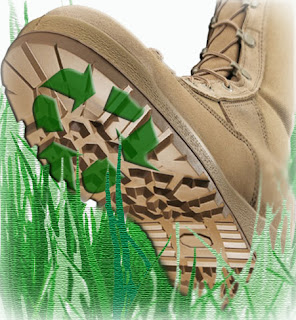 Solyndra, Part II?  Or just more of the same junk science and crony corporatism from Barack Obama -- and at the expense of our national security?

The editorial board of  The Washington Times takes aim at Obama's drive to force the military to hand his cronies piles of taxpayer cash for failing "green" energy:


The $1 trillion budget bill before Congress includes a provision that would resurrect the Keystone XL pipeline, but don’t expect its passage to open a flood of black gold and wash away Uncle Sam’s infatuation with all things green. Even as the scientific validation of global-warming theory crumbles, adherents in Washington have dragooned the U.S. military into leading the charge toward renewable energy...

...The Navy made headlines last week with the revelation that it has been ordered to purchase 450,000 gallons of biofuel to power its jet fighters. Conventional jet fuel costs about $4 a gallon, but the biofuel made from fermented algae will set back the service about $16 a gallon. The pricey green gas, says the Navy, will be used next summer to power planes participating in exercises near Hawaii under the politically correct title of “the Great Green Fleet Carrier Strike Force.” The purchase is part of a larger deal in which the Navy is partnering with the Agriculture and Energy departments to buy $510 million worth of biofuels over three years.

And who is getting the multi-million dollar contracts to supply the Navy with less efficient, more expensive fuel?


One supplier is California-based Solazyme, which received $22 million in federal stimulus funds to construct a biofuel plant in Louisiana. A company adviser, according to Hot Air, is T.J. Glauthier, who was a member of President Obama’s transition team. So in essence, overspending feds borrowed stimulus money, handed it over to an Obama buddy who helps build a factory for algae fuel that the feds buy back at quadruple the going rate.

Go here to read their full article and get smarter.

Who would have thought we'd reach the day where environmentalist lust for taxpayer cash would not only cross ethical lines, but endanger national security?
No comments: Share this! 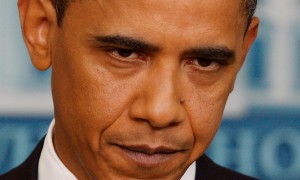 Who is stopping out economy failing to turn around?

Who is preventing job creators from creating jobs?

Who is responsible for the fact that for many, the economy is getting worse?

Three of the nation's larger employers sat down with journalist John Stossel on his Fox Business Channel program.  Stossel describes the interview for Reason magazine.

You may watch the interviews here.

Brad Anderson, CEO of Best Buy, explained to Stossel how ObamaCare prevents employers from creating new businesses by imposing future costs that have yet to be determined.


“If I was trying to get you to fund a new business I had started and you asked me what my payroll was going to be three years from now per employee, if I went to the deepest specialist in the industry, he can’t tell me what it’s actually going to cost, let alone what I’m going to be responsible for," said Anderson.


"You would think a piece of legislation more than a thousand pages long would at least be clear about the specifics. But a lot of those pages say: 'The secretary will determine ...' That means the secretary of Health and Human Services will announce the rules sometime in the future. How can a business make plans in such a fog?," writes Stossel

Even worse, ObamaCare endangers the health of Americans who can't afford insurance on their own.

“What that means is in theory every company ought to dump their plan on the government plan and pay the penalty,” he said. “So you don’t really know what the cost is because it’s designed to fail.”  Companies that continue to offer insurance would run higher operating costs, which could force them out of business in a slow economy -- costing thousands of jobs.

Who are hardest hit by ObamaCare's onslaught of costs, regulation and government mandates?  Those on the lower rungs of the employment ladder.

"An owner of 12 IHOPs told me that he can’t expand his business because he can’t afford the burden of Obamacare. Many of his waitresses work part time or change jobs every few months. He hadn’t been insuring them, but Obamacare requires him to. He says he can’t make money paying a $2,000 penalty for every waitress, so he’s cancelled his plans to expand. It’s one more reason why job growth hasn’t picked up post-recession," writes Stossel.

In that vein, ObamaCare is a lethal dose of economic poison, and the poorest Americans are suffering the most.


Confiscated and redistributed from the LNCC.
No comments: Share this!