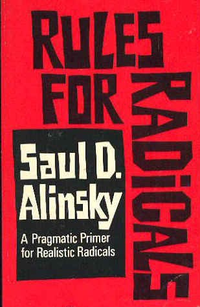 After failing in attempts to criminalize political speech by employers, and in attempts to force conservatives to hand over "enemies lists" of political donors, increasingly desperate Democrats have adopted a new tactic to stop conservatives from speaking -- physical invasion and intimidation of the Republican presidential ticket.

What was supposed to be a 20-minute speech by Republican vice-presidential nominee Paul Ryan turned into a near-riot and had to stopped after 13 minutes when multiple Obama supporters tried screaming over Ryan before attempting to rush the stage.

After two women and one man screaming pro-Obama slogans tried to jump on the stage, one of them successfully, Secret Service agents and Iowa State Patrol officers rushed Ryan away.

One of the women punched a Romney volunteer, according to an Iowa State trooper.  In all, five Obama supporters tried to attack the stage.

The tactic is hardly new, having long been proposed by violent Communist organizers before being adopted by Obama supporters.

Obama hails as his political mentor Saul Alinsky, author of "Rules for Radicals."

In the book, Alinksy encourages liberals to engage in physical confrontations at conservative events, with the intent of spreading "fear and confusion" and "terror."

One of Alinsky's "rules" for achieving that is to "Pick the target, freeze it, personalize it, and polarize it."

"Well, they (liberal protesters) have physical bodies.  How can they use them?  Now a melange of ideas begins to appear...Emphasize tactics your people will enjoy.  The threat is usually more terrifying than the tactic itself."

Crazed, screaming people rushing a stage, forcing the Secret Service to grab a candidate and rush away, it certainly "terrifying."

As Obama's poll numbers continue to stagnate, and slide backward, look for Obama supporters to become even more violent and threatening.