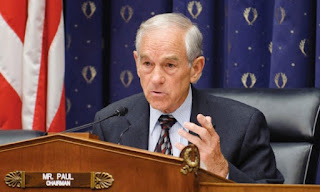 “More and more people are beginning to understand just how destructive the Federal Reserve's monetary policy has been.  I hope that this hearing will kick start a serious discussion on the need to rein in the Fed,” said Chairman Paul.  “100 years is far too long for Congress to have taken a hands-off approach.  The Fed continues to reward Wall Street banks while destroying the dollar’s purchasing power and driving up the cost of living for average Americans.  This reckless behavior must come to an end.”

Calls for reforming various aspects of the Federal Reserve System have existed since its creation in 1913.  However, with the onset of the financial crisis of 2008-2009 and during the prolonged recession, calls for reform have escalated.

The six proposals that will be discussed by the Subcommittee on Tuesday are:

The Subcommittee’s hearing was held Tuesday, May 8 at 10 a.m. in room 2128 Rayburn House Office Building.
No comments: Share this!

Yet another House member calls for Holder's resignation 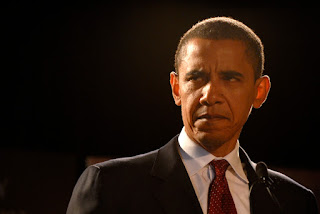 This week, Representative Ben Quayle (R-AZ) became the 57th member of Congress to call for the resignation of Attorney General Eric Holder over the Fast and Furious scandal. In a statement, Rep. Quayle said:

"Fast and Furious was a fundamentally flawed operation. Since its implementation, U.S. Border Patrol Agent Brian Terry and numerous Mexican citizens have been killed by criminals using weapons that were allowed to ‘walk’ during the program. These weapons continue to pose a grave threat to people living near the Southern border. These facts alone signify a lack of leadership and control within the Justice Department that warrant the removal of those people who authorized and failed to supervise this damaging operation.

“When the incredible failures of Fast and Furious came to light, Attorney General Holder and his subordinates chose the route of evasion over forthrightness. They provided documents to Congress only when compelled to produce them with subpoena. These documents revealed that on February 4, 2011, senior officials at the Justice Department, the ATF and the Arizona U.S. Attorney’s Office responded to an inquiry by Senator Charles Grassley with a letter that contained categorically false information. Ten months later, the Justice Department was forced to rescind that letter—a move the attorney general acknowledged is extremely rare. During last week’s testimony before the House Judiciary Committee, the attorney general refused to take responsibility or hold any of his subordinates accountable for their handling of Fast and Furious. Mr. Holder himself called the operation ‘wholly unacceptable’ and ‘fundamentally flawed.’

“The fact that he hasn’t fired a single person shows that Attorney General Holder is more concerned with protecting himself and his political appointees than holding individuals accountable for Fast and Furious. I have refrained from calling for his resignation until he had a chance to testify before the Judiciary Committee. Asking for a cabinet member to resign is a serious step and one I take very seriously. After reflecting on last week’s testimony, the operation, and Mr. Holder’s handling of the fallout, I have lost all confidence in his ability to lead the Justice Department. I call for his immediate resignation.”
No comments: Share this! 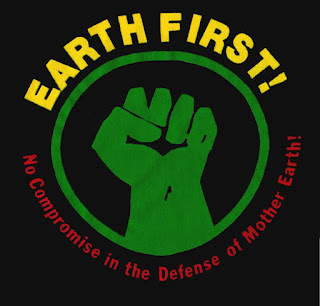 Someone is launching a massive cyberterrorist attack in U.S. natural gas pipelines, but federal authorities will not identify the group behind it.

Radical environmentalists groups, known for resorting to terrorism, have vowed to stop natural gas production in the United States.

"At least three confidential 'amber' alerts – the second most sensitive next to 'red' – were issued by DHS [Department of Homeland Security] beginning March 29, all warning of a 'gas pipeline sector cyber intrusion campaign' against multiple pipeline companies," The Christian Science Monitor reports.

"That fact was reaffirmed late Friday in a public, albeit less detailed, 'incident response' report from the Industrial Control Systems Cyber Emergency Response Team (ICS-CERT), an arm of DHS based in Idaho Falls, Idaho. It reiterated warnings in the earlier confidential alerts made directly to pipeline companies and some power companies," the Monitor reports.

"ICS-CERT has recently identified an active series of cyber intrusions targeting natural gas pipeline sector companies," the confidential April 13 alert warns. "Multiple natural gas pipeline organizations have reported either attempts or intrusions related to this campaign. The campaign appears to have started in late December 2011 and is active today."

The group behind the attacks has been sending emails, embedded with malware viruses, to people within the targeted companies. When the email is clicked on or opened the attacker can then gain access to the computer network.

From there, the attackers can gain access to control systems managing pipeline pressure and flow, which would allow them to sabotage the infrastructure, triggering explosions.

"...It's a concern because if they access the corporate network it's often just a short step to the next level and right into their control system network," Jonathan Pollet, founder of Red Tiger Security, tells the Monitor. 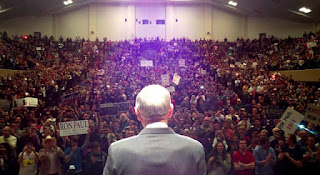 Due to an alleged violation of the national GOP's Rule # 11 (bans favoritism of one candidate while more than one candidate exists), an Executive Committee member within the GOP calls for the resignation of RNC Chairman Reince Priebus.

“Due to violation of the RNC's Rule #11, I call for Chairman Reince Priebus to resign immediately. It is un-American and beneath the standards established by the Republican Party to violate this rule. It is unethical to support a single Republican Presidential candidate (Mitt Romney) while other Republican candidates remain in the race.

"Further, I call upon Mitt Romney to denounce this behavior and ask that the RNC repair the breach of trust by including the other remaining Republican Presidential candidate, Dr. Ron Paul, in any dispensation of funds, effort and labor. It would benefit all Americans if Mitt Romney would further clarify the fact that 2 candidates remain if he challenged Dr. Ron Paul to a debate."

This call for resignation is based upon statements released by the RNC on 4/25/12 that said,

“Governor Romney’s strong performance and delegate count at this stage of the primary process has made him our party’s presumptive nominee,” Mr. Priebus said. “In order to maximize our efforts I have directed my staff at the R.N.C. to open lines of communication with the Romney campaign.”

“It’s my intention to have a seamless and complete merger between the presumptive nominee and the Republican National Committee,” Mr. Priebus said. “That means political, communications, fund-raising, research and the chairman’s office, along with the governor’s main operational team, are completely merged.”
No comments: Share this!