The Big 12 and ESPN have reached an agreement that will feature Texas A&M in its traditional annual matchup against a little-known hippie commune from Austin in prime time.  The game will be nationally broadcast from Austin 7:00 p.m. C.T. on Thanksgiving night.

Texas A&M leads the series in the past 25 contests played, 13-12, including a 24-17 victory in Austin last Thanksgiving.

Texas A&M comes off a 9-4 season, including six straight regular season wins in the nation's toughest conference, and features some of the state's best young talent.

Their opponent comes off a season in which Tony, the guy who drives that blue car, successfully converted an old fire extinguisher into a bong.

Once again, liberalism makes itself synonymous with animalistic violence.

SEIU thugs, the same group who had several members arrested for savagely stomping down black conservative activist in St. Louis while hurling racist slurs at him, smash their way through the Washington state capitol on their way to invade the governor's office.

Stopped at the door by state troopers, the SEIU thugs begin screaming like animals, hoping to intimidate the troopers.  Finally, they begin trying to bulldoze over the troopers and eventually physically assault them.  Thirteen were arrested.

The intended message is clear.  Unions consider assault, invasion, violence and intimidation to be legitimate tools of political discourse.

It's also the latest in a new wave of instances where union bosses have people smash their way into state capitols where they intimidate and assault citizens and officers.  Said union bosses then tell officials they can make the problem go away if they get some money.

Remember back when that was called "racketeering?"  I guess they don't prosecute because purple and yellow clash with blaze orange.

Barack Obama won't sign paychecks for soldiers, but he will sign off on a $20 million plan to spend U.S. tax dollars so Pakistanis can watch 'Sesame Street.'

"In a $20m (£12m) remake of the classic American children's programme, the setting for the show has moved from the streets of New York to a lively village in Pakistan...The financing for the series comes from USAid, the economic assistance arm of the US government...," the Guardian reported Thursday.

"Under Barack Obama, US civilian assistance to Pakistan has tripled to $1.5bn a year but the money does not seem to have made much obvious impact," the Guardian reports.

So what services is Obama protecting by vetoing soldiers' paychecks to preserve $300 million in corporate welfare for Planned Parenthood?

For one, the organization, wants to use its taxpayer-funded services to make sure the nation's babies are sexy enough.

In this document, titled "Meeting Your Children's Basic Needs," Planned Parenthood tells parents, "We need to give babies a sense of themselves, their sexuality, and their bodies from birth."

Planned Parenthood also instructs parents to "acknowledge that my child is a sexual being." 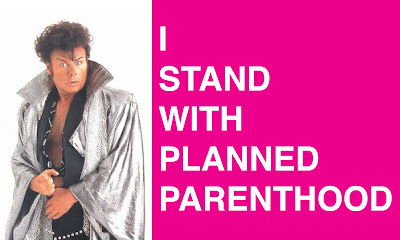 She then goes on to literally bellow that not spending taxpayer money on "abortions for low-income women" is part of "the ultimate attack on any American."

For Obama, cash for abortions more important than paying troops

By vetoing the budget and ordering a government shutdown, Obama declares taxpayer funding for abortions is more important than paying soldiers.
No comments: Share this!

Rand Paul: Powered by the truth 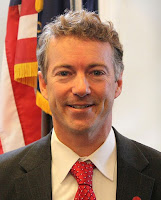