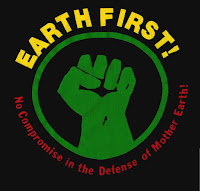 Liberals claimed construction of the Dakota Access Pipeline would result in toxic spills.  They didn't mention they would be the ones trying to intentionally stage the accidents.

Who will save the Earth from environmentalists? - DF
By Timothy Mclaughlin

(Reuters) - South Dakota authorities are investigating an act of vandalism at the Dakota Access pipeline, a day after the project owner said oil could begin flowing through the pipeline soon, officials said on Tuesday.

The Lincoln County Sheriff's Office was alerted on Friday to a small crack near a valve site on a stretch of the pipeline outside Canton, South Dakota, 25 miles (40 km) southeast of Sioux Falls, Lincoln County Chief Deputy Chad Brown said by telephone.

"It was definitely intentional, it wasn’t from the pipe flexing or anything like that," Brown said.

The state Department of Criminal Investigations was investigating the incident as an act of "felony vandalism," said Sara Rabern, a spokeswoman for the state's attorney general.

Energy Transfer Partners LP, according to court documents filed on Monday, believes oil could begin flowing through the 1,172-mile (1,885-km) pipeline as early as this week.

The documents cited "coordinated physical attacks along the pipeline," but there were no details provided on where the incidents took place, and many of the documents are sealed. The attacks would not affect preparations for the start of operations, the documents said.

"I am not commenting beyond the information in the filing that was made last night," Energy Transfer Partners spokeswoman Vicki Granado said in an email to Reuters.

In neighboring North Dakota, on Tuesday, a stretch of highway closed by months of protests against the pipeline was to reopen, officials said.

Traffic would be allowed on Highway 1806 from Fort Rice, south of Mandan in the state's southwest, to the Cannonball Bridge near the Standing Rock Sioux reservation starting at noon, the Morton County Sheriff's Department and North Dakota Highway Patrol said in a statement.

The nearly 9-mile (14-km) stretch of highway was closed in October when Native Americans and environmental activists descended on the area in an effort to force the rerouting of the multibillion-dollar pipeline away from a lake upstream from the reservation.

The demonstrators said the pipeline could pollute water supplies and destroy sacred tribal sites. Backwater Bridge was the site of clashes between law enforcement and protesters and barricades were erected on it to keep protesters from reaching the site of the pipeline.

Earlier this month, a federal judge denied a request by a Native American tribe for an emergency injunction to prevent oil flowing through part of the pipeline, saying such a move would be against the public interest.

(Reporting by Timothy Mclaughlin in Chicago; Editing by Dan Grebler and Peter Cooney)