NAACP not happy about advancement of colored person 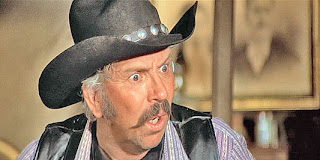 South Carolina Congressman Tim Scott will break a color barrier when he becomes the United States Senate's only black member and first black Republican since Reconstruction and some people aren't too happy about it.

Namely the NAACP, who are hinting they will seek to cleanse the Senate of the black representative.

“It is important, we believe, that he recognize that awesome responsibility and perhaps what we’ll see is a change in how he votes and what he advocates for in a way more consistent the NAACP has as well.”

He blasted Scott for supporting education reforms that would give parents and local communities more control over schools and curriculum.  The education policies supported by the NAACP have led to lower test scores and graduation rates for black students.

Shelton indicated the NAACP will try to deliver the black lawmaker's seat to a white politician, removing all black representation in the Senate, should he seek re-election.

"Can we now shoot the #NRA and everyone who defends them?," he wrote on Twitter, also writing on his blog, "They need to [be] wiped off the face of the earth."

Cobarruvias is a Houston-area precinct chairman and a State Executive Committee member for the Texas Democratic Party from Houston, setting official party policies.

When guns stop crime the media attach their silencers 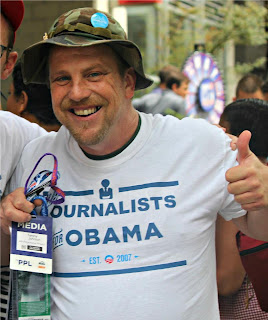 I wrote this article over ten years ago, on Jan. 28, 2012.  It was published Feb. 4, 2002 in The (Virginia Beach) Virginian-Pilot, the Commonwealth's largest newspaper.

And just this month The Washington Post and other news outlets purposefully did not report that two armed students stopped the tragic shooting at Virginia's Appalachian School of Law.

The story itself is newsworthy. When Peter Odighizuwa began his deadly rampage, most students fled the premises in fear of their lives. Two students, however, bravely faced the armed maniac determined to end the killing. Tracy Bridges, 25, and Mikael Gross, 34 retrieved guns from their cars and with the help of police officer Ted Besen surrounded Odighizuwa. Bridges aimed his weapon at Odighizuwa, who dropped his and was tackled. Had Bridges and Gross obeyed the federal "gun free schools" law, Odighizuwa would have continued his deadly rampage, killing with impunity while unarmed citizens waited for the government's monopoly on force, the local police, to arrive and resolve the situation.

Given the fact that their actions saved countless lives, the omission of that critical fact is stunning. Had the men attempted to subdue Odighizuwa, at least one almost certainly would have been shot at point-blank range. A more likely scenario is a crazed Odighizuwa moving through the campus' buildings killing all those he came across as hundreds fled, powerless to stop him.

The fact that two men put their lives at risk and were able to heroically save numerous other students only because they had firearms is central to the story. But somehow it fell through the mainstream media's gaping editorial cracks.

The silence is deafening. In last Friday's New York Post, the American Enterprise Institute's Dr. John Lott reports that of the 280 news reports identified by Lexis-Nexis search engines, only four reported that two of the students who stopped the mass killing were armed. When only 1.4 percent of news stories mention the fact that those who stopped a potential massacre did so with firearms, that can't be chalked up to the constraints of a word count.

"In this age of 'gun free schools,' the vast majority of the news reports ignored the fact that the attack was stopped by two students who had guns in their cars," wrote Lott. Considering the sensationalized coverage afforded shootings by hostile armed students, it is disturbing to hear the silence surrounding peaceful armed students who heroically stop mass killings. While the minute handful who discharge weapons in schools are afforded days of network news coverage, stories on the two million defensive uses of firearms are found only in the newsletter of Gun Owners Of America and the local police blotter.

Lott's research shows Bridges' and Gross' actions aren't unusual. In his best seller More Guns, Less Crime, Lott finds that peaceable citizens use firearms to stop crimes more than two million times a year. In over 90 percent of those cases the gun is not even fired. Just the remote threat of a citizen using deadly force to defend his life and property is enough to quell a criminal's desires. Odighizuwa may have been deranged, but he was certainly rational enough to realize he was no match for an armed citizen.

For their efforts, the media still have a hard time restraining evidence that gun control causes crime and that an armed society is a polite society. The normally far-left BBC begrudgingly reported this month that handgun crime in Great Britain has increased 40 percent, despite a 1997 ban on handguns.

Despite that momentary lapse of anti-gun editorial judgment, the truth about gun ownership -- a firearm in the hands of peaceful citizen stops crime and saves lives -- goes largely unnoted.

Luckily, the proliferation of cable news channels and Internet-based information sources is breaking the media's anti-Second Amendment news monopoly. Pro-gun organizations such as Gun Owners of America and Jews for the Preservation of Firearms Ownership dutifully note, record and report statistics, evidence and first-hand accounts of lives saved by unabridged firearms ownership.

Declining crime rates in concealed-carry states embarrassingly refute years of anti-gun propaganda. And stories like that of Bridges and Gross, however underreported, trickle into the mainstream, proving that guns save lives and gun control breeds crime.

Bridges and Gross should be commended for their bravery and selflessness. Those reporters and editors who intentionally failed to note they could only do so because they chose to exercise a constitutional right should be ashamed.
No comments:

Newtown and Lanza: Obama throwing lives away for electoral gains

President Obama is right. We should not accept acts of mass violence as routine or a byproduct of freedom.

Thankfully the incidences of acts of mass violence have rapidly declined even as we have repealed gun laws and our nation becomes safer, and a wholesale reform of the nation's policies on mental health would not only prevent the loss of innocent victims but save the lives and restore the well-being of those who lose themselves to committing these acts.

If you want to stop tragedies like this we need to address the root of the problem - our inability to properly help people with health issues that make themselves a danger to others.

We have an unaddressed social problem with people who have health issues that make themselves a danger to others. They are not being effectively treated or dealt with.

But rather than propose mental health policy reforms that would go a long way to solving the greater problem of acts of mass violence by dangerous persons Obama has instead announced he will seek cosmetic changes that don't address the issue of violent sociopathy itself, but instead allow him to attack his political opponents ahead of a 2014 election in which seeks to keep control of Senate and win control of the House while leaving the root of the problem completely ignored.


We are not solving the problem. We are just throwing lives away for electoral gains.
No comments: