In order to win the White House, Donald Trump must perform better than Mitt Romney.  In fact, Trump specifically claimed he would do better than Romney among groups like women and the poor.

So what does comparing the same CNN poll from the same point in the 2012 and 2016 campaigns show?

Trump is doing worse than Romney among virtually every demographic group. The only group among which Trump outperforms Romney? Liberals.

Why was Obama’s Homeland Security chief speaking to a terrorist front group?

As Secretary of Homeland Security, Jeh Johnson’s job is to identify and shut down terrorist groups.

Instead, he’s honoring them with speeches.

Johnson was the featured speaker at the annual convention of the Islamic Society of North America.

The ISNA is all too familiar to Homeland Security officials.

That’s because it was named by the Justice Department as an “unindicted co=conspirator” in the largest terrorist financing prosecution in U.S. history – helping funnel millions of dollars to Hamas and the Muslim Brotherhood to carry out jihad against the United States.

WorldNetDaily reports:
In 1991, the Muslim Brotherhood, the super-umbrella network of Islamist ideology from which terror groups such as al-Qaida and Hamas arose, listed ISNA as one of its main fronts. Declassified FBI memos said ISNA is a component of the Muslim Brotherhood, which sees its “work in America as a kind of grand jihad in eliminating and destroying the Western civilization from within.”

In 2007, the U.S. government labeled ISNA a U.S. Muslim Brotherhood entity and an unindicted co-conspirator in a terrorism-financing trial involving the Holy Land Foundation funneling money to Hamas. The label was upheld in 2009 because of “ample” evidence linking ISNA to Hamas. Several years ago, ISNA’s Canadian affiliate lost its status as a charity because of its accounting discrepancies and links to Pakistani terrorists...

...ISNA also was named in a May 1991 Muslim Brotherhood document, “An Explanatory Memorandum on the General Strategic Goal for the Group in North America,” as one of the Brotherhood’s likeminded “organizations of our friends” who shared the common goal of destroying America and turning it into a Muslim nation, according to Discover the Networks.

Rather than condemn the group, Johnson encouraged them to fight even harder.

“Your story is the quintessential American story. Your story is an American story, told over and over again, generation after generation, of waves of people who struggle for, seek, and will eventually win your share of the American dream,” Johnson told the ISNA, which has denied Osama bin Laden’s role in the Sept. 11 terrorist attacks and routinely raises money to fight the deportation of convicted terrorists.
No comments: 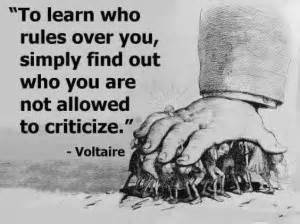 At the request of Planned Parenthood, pro-abortion California legislators have passed an anti-speech law so draconian even liberal stalwarts like the ACLU and Los Angeles Times are concerned.

Hoping to shut down efforts by pro-life activists to publicize their illegal sale of baby body parts, the California state legislature passed legislation making it a crime to record “health care providers,” even if it the recordings reveal criminal activity.

People who record illegal activity by Planned Parenthood face a $10,000.00 fine and a year in prison.

Assembly Bill 1671 was a direct response to undercover tapes released by the Center for Medical Progress showing Planned Parenthood officials and employees illegally harvesting organs from dead babies and selling them at profit.

It was sponsored by Assembly Jimmy Gomez, who has taken $13,500.00 in campaign contributions from Planned Parenthood.

"Planned Parenthood still can't own up to the fact that their senior leadership was caught on camera talking about which places on a late-term baby to crush or not crush in order to harvest the most valuable body parts for sale," CMP president David Daleiden told LifeSiteNews.

"So, instead, Planned Parenthood is trying to make it a crime to see the evidence," Daleiden said.

But he’s not the only one disturbed by the pro-abortion bill.

Even liberals are disgusted by politicians’ brazen attempt to protect the abortion industry by arresting whistleblowers.

“We've been trying to help them find a way to accomplish their goals while not infringing on the First Amendment or creating liabilities for media,” said CNPA legal counsel Nikki Moore.

"The same rationale for punishing communications of some preferred professions or industries could as easily be applied to other communications [such as] law enforcement, animal testing labs, gun makers, lethal injection drug producers, the petroleum industry and religious sects," the ACLU of California warns in a letter to Gomez.

Even the Los Angeles Times’ editorial board called out their friends in Planned Parenthood for their fascist bill.
“Why a healthcare provider merits special protection even when discussing things that don’t involve patient privacy is mystifying...this measure would heap more criminal and civil penalties on making a secret recording — an act that’s already prohibited by state law, even when done in the public interest — simply to satisfy an interest group popular among Sacramento Democrats...The potential for unanticipated and unwelcome consequences is huge,” the Times writes.

And with liberals pushing anti-speech legislation and regulations on all fronts, will it soon become virtually illegal to be conservative?
No comments: