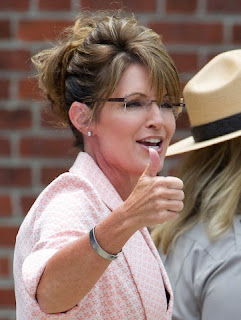 Just four days before the start of early voting in the Texas Senate primary, the Ted Cruz campaign announced the endorsement of Governor Sarah Palin and her husband Todd Palin.

In response to a letter from Ted Cruz, Governor Sarah Palin wrote: “We’re proud to join conservatives in Texas and throughout the nation in supporting your campaign to become the next Senator from the Lone Star State.”

“Your conservative principles, passionate defense of our Constitution and our free market system come at a time when these cornerstones of our freedom and prosperity are under attack,” Governor Palin added. “Our shared goal isn’t just to change the majority in control of the Senate, but to assure principled conservatives like you are there to fight for us.”

Ted Cruz responded, “Governor Palin has been an inspiration to conservatives across Texas and across the Nation. She is principled and passionate and never afraid to speak truth to establishment power. I am humbled and honored to have Governor Palin’s support as we fight to restore fiscal sanity to the circus that is Washington. With Governor Palin’s support, and the support of tens of thousands of conservatives from all across Texas, we will turn our country around, rein in out-of-control spending and debt in Washington, and restore the Constitution.”

To date, the Cruz campaign has received donations from over 19,000 individuals, from over 843 Texas cities, 225 Texas counties, and all 50 States. The average donation is under $200.