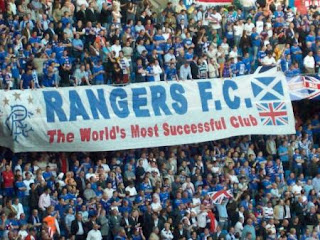 Rangers will discover who they will face in the last eight of the Scottish League Cup when the draw is made on Thursday, October 4 at 1:30 p.m. local time, the club's Andrew Dickson reports.

The remaining seven clubs are Premier League sides Aberdeen, Celtic, Dundee United, Hearts, Inverness, St Johnstone and St Mirren.  Rangers are the first Third Division side in the quarter-finals since Ross County in 1998.

"The draw for the next stage of the Scottish Cup, meanwhile, will take place this coming Monday morning (October 1) at Hamilton Racecourse," the club reports.

"Rangers will hope to be in the hat after their second round trip north to face Highland League champions Forres Mechanics at Mosset Park this weekend."
No comments: Share this!

I write to offer my assistance and to provide advice about a menacing and misleading letter you recently received from an organization called the Freedom From Religion Foundation (FFRF). That organization has a long history of attempting to bully school districts into adopting restrictive religious speech policies that go well beyond what is required by the United States Constitution. Consistent with that history, the letter you received incorrectly claims that allowing Kountze High School cheerleaders to display banners decorated with Bible verses at football games amounts to a “serious and flagrant violation of the First Amendment.” That exaggerated claim is not supported by the Constitution. Instead, it is based solely on FFRF’s distorted, anti-religion view of the First Amendment, a view that is unsupported by court precedent and has recently been rejected by the Fifth U.S. Circuit Court of Appeals.

It appears that your recent decision to prohibit the cheerleaders at Kountze High from displaying their religious messages at football games—a decision that has since been blocked by a court order—was based on a mistaken belief that FFRF’s letter correctly interprets the law. Unfortunately, that mistaken belief was apparently reinforced by erroneous advice from the Texas Association of School Boards. Contrary to FFRF’s claims, however, the Supreme Court has never held that it is illegal for a public school to “host religious messages at school athletic events.” And the Supreme Court has never ruled that religion must be “kept out” of public schools. Instead, each of the Supreme Court cases cited in FFRF’s letter involve decisions by public officials to promote a religious message or to direct the content of a private citizen’s religious message.

Unlike the cases cited by FFRF, Kountze ISD has neither made the decision to include a religious message on the cheerleaders’ banner, nor provided any direction as to the content of the cheerleaders’ message. Rather, news reports indicate that these decisions were made entirely by students. Those same news reports also indicate that the banners were made by the cheerleaders off of school property and without the use of school funds. That these students chose to express their religious viewpoint at a school function does not violate the Establishment Clause.

When the school district does not join in the students’ religious message or seek to control or direct that message, the cheerleaders’ decision to display their banners cannot constitute promotion or imposition of religion by the school district. Rather, the banners are the religious speech of individual students, which enjoys protection under the Free Speech and Free Exercise Clauses of the First Amendment.

In addition to the protections afforded by the First Amendment, Texas law further protects students’ free exercise of religion by requiring school districts to “treat a student’s voluntary expression of a religious viewpoint . . . in the same manner the district treats a student’s voluntary expression of a secular or other viewpoint.” Tex. Educ. Code § 25.151. Moreover, a school district “may not discriminate against the student based on a religious viewpoint expressed by the student on an otherwise permissible subject.” Id. To the extent the district seeks to prevent the cheerleaders from displaying their banners because the cheerleaders decided to express a religious—as opposed to a secular—message, it may very well violate section 25.151 of the Texas Education Code.

Think about it: Can a school district or the Freedom From Religion Foundation stop a student from making the sign of the cross before taking a test, or stop football players from pointing toward heaven after scoring a touchdown or kneeling to pray for an injured teammate? Of course not. Just like the cheerleaders’ banners, such public displays of religion are voluntary expressions of the students’ beliefs and are not attributable to the school district.

The Fifth U.S. Circuit Court of Appeals recently vindicated these legal principles—and rejected FFRF’s restrictive view of the First Amendment—in a case involving Medina Valley ISD in Castroville, Texas. In May 2011, a group called Americans United for Separation of Church and State filed a lawsuit against Medina Valley in an attempt to prevent student speakers from praying as part of their speech at their graduation ceremony. My office supported the school district by arguing that the First Amendment does not require public schools to interfere with students’ right to freely express their religious beliefs. A unanimous panel of three federal appeals judges ruled in favor of the school district and permitted Medina Valley High School seniors to pray at their graduation ceremony. The appeals court explained that there was no showing that the “prayers or other remarks to be given by students at graduation are, in fact, school-sponsored.” The same is true here: The cheerleaders are expressing their own beliefs, not those of the school district. Just as Americans United for Separation of Church and State was wrong in Castroville, the Freedom From Religion Foundation is wrong in Kountze.

As the United States Supreme Court has observed, “[w]e are a religious people whose institutions presuppose a Supreme Being.” Zorach v. Clauson, 343 U.S. 306, 313 (1952). And as the Fifth Circuit’s Medina Valley ruling demonstrates, school districts that allow students to speak freely about their religious beliefs have the Constitution on their side. A school district’s policies regarding student expressions of religious belief should be guided by the educational goals of the district and an appropriate respect for students’ freedoms of speech and religion—not by threatening letters that misstate the law and distort the First Amendment.

If you decide to allow the cheerleaders of Kountze High to freely display their chosen message on their banners at football games, and if the Freedom From Religion Foundation or any other group sues Kountze ISD as a result, my office stands ready to file a brief with the court protecting the cheerleaders' religious liberties.

Fast forward to 2009 when he was nominated and confirmed as President Obama’s Attorney General, Holder was unleashed, setting out on a path to do just what he suggested . . .

In February of that year, after taking over as Attorney General, Holder said the Obama Administration supported a new so-called “assault weapons ban.” Hillary Clinton also publicly stated the administration would “work hard” to pass the UN “Small Arms Treaty.”

At that time, Holder blamed American gun laws for violence occurring in Mexico.

“Fast & Furious” was exactly what Holder needed to convince the American people that gun control laws should be passed and signed into law. 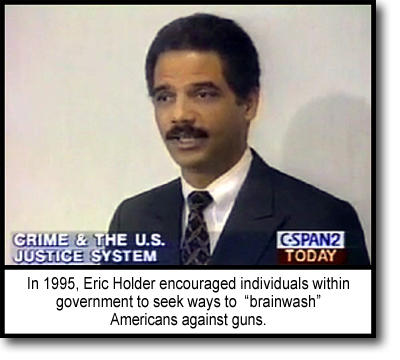 By placing hundreds of weapons into the hands of members of Mexican drug cartels, who would then commit murder with these weapons, Holder had just the evidence to sway public opinion to support gun control.

But when at least two American border agents and hundreds of Mexican civilians ended up brutally murdered with the ATF’s smuggled weapons, Holder’s “Fast & Furious” charade was exposed.

For nearly two years, the members and supporters of the National Association for Gun Rights have led the charge to hold Eric Holder accountable for his role in “Fast & Furious.”

The 1.4-million members and supporters of NAGR made their voices heard on Capitol Hill using email, hand-written letters, petitions and phone calls.

Make no mistake about it, Congress was forced to take action due to grassroots pressure applied by NAGR gun rights activists.

For months, Holder bobbed and weaved his way through Congressional hearings, refusing to turn over papers and correspondence on the issue, even getting caught on at least one occasion with inconsistent statements about his knowledge of “Fast & Furious.”

Ultimately, Holder’s refusal to turn over all relevant documents led to his censure by the U.S. Congress. 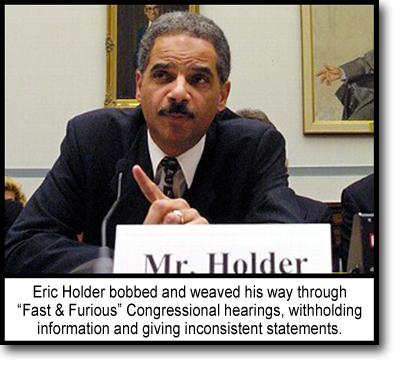 Without your consistent application of grassroots pressure, it’s very likely “Fast & Furious” would be nothing more than a blip on the radar of Washington history.

With that said, a new report is out from the Department of Justice’s Inspector General indicating that at least one White House official refused to talk and the White House released ZERO communications related to “Fast & Furious.”

And just this past week, one of Holder’s high-ranking Justice Department officials resigned and one retired, in addition to the head of the ATF, Kenneth Melson, resigning in recent months.

Holder’s “inner circle” was intimately aware of “Fast & Furious,” and, quite clearly, a number of them have become the fall-men.

The fact is, despite your enormous grassroots pressure to investigate and fire Eric Holder, the whitewash of his involvement in this deadly scandal is in full effect. 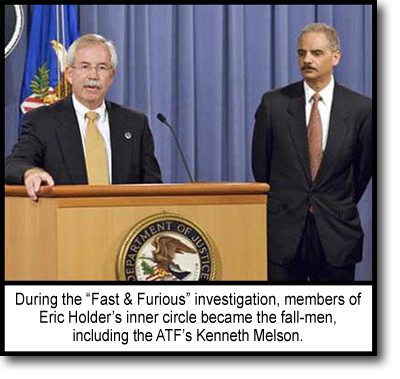 Not only has Mr. Holder managed to stay in office as Attorney General but he and the Obama Administration will be emboldened -- win or lose on November 6 -- to seek a new so-called “assault weapons ban,” ammo ban, magazine ban and other direct attacks on our gun rights.

The gun control threat will become even more dangerous when Congress reconvenes after the election.

Your continued involvement and activism is vital to protecting our right to keep and bear arms.

I’ll be sure to keep you up-to-date on any new gun rights developments.

P.S. If you are passionate about protecting our right to keep and bear arms, please consider chipping in $10 or $20 today.
No comments: Share this!