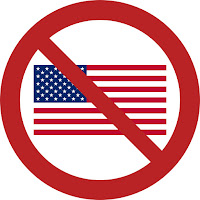 When a small band of environmentalists sued to stop a major California city from celebrating Independence Day, the increasingly radical environmentalist movement managed to perfectly crystallize its agenda.

In 2010, 2011 and 2014, a California environmentalist group sued San Diego and two community charities, demanding fireworks be banned from Independence Day celebrations.  The suits claim 20 minutes of aerial fireworks will destroy La Jolla Cove and all life in it.

That’s right. No spleen-splitters. No honkey lighters. No hoosker doos. No hoosker don’ts. No cherry bombs. No nipsy daisers (with or without the scooter stick). Not one single whistlin’ kitty chaser.

If they’re feeling generous.
The environmentalists also walked away with $250,000.00 in cash.

Yes, environmentalists actually believe a small fireworks shows can destroy the planet, and they will sue you and take your money if you express disagreement.

But the real issue here is bigger than a small fireworks show.

What they despise with a poisonous rage is the concept they celebrate – that government’s power is limited and may be exercised only with the consent of the governed.

Stymied on Capitol Hill by popular opposition to boondoggles like last year’s cap-and-tax bill, the Obama administration is increasingly using the unchecked power of regulatory agencies to write and enforce federal dictates, going around Congress to impose the most radical, expensive and job-killing of environmentalist schemes.

Obama is in open defiance of a core tenet of the Declaration of Independence — its statement that government must derive its “just powers from the consent of the governed.”

And Americans have good reason to refuse to give their consent to Obama’s destructive environmentalist agenda.

In all, job creators spent $1.75 trillion to comply with federal regulations in 2008. That’s $15,000 per family just to follow rules that are often written by career political activists in Washington. Since businesses earn revenue from consumers, that $1.75 trillion comes directly from the pocket of cash-strapped consumers.

The costly onslaught of radical rule by regulatory declaration is coming down even harder under Barack Obama’s aggressive environmentalist agenda, as many utility customers, for example, are now finding out.

“Utility giant American Electric Power said Thursday that it will shut down five coal-fired power plants and spend billions of dollars to comply with a series of pending Environmental Protection Agency regulations,” The Hill reported yesterday. “The company’s dramatic plan to comply with the regulations could give Republicans and moderate Democrats ammunition in their ongoing fight against EPA’s efforts to impose new regulations aimed at limiting greenhouse gas emissions …

“The company, one of the country’s largest electric utilities, estimated that it will cost between $6 billion and $8 billion in capital investments over the next decade to comply with the regulations in their current form … The costs of complying with the regulations will result in an increase in electricity prices of 10 to 35 percent and cost 600 jobs, AEP said.”

That’s a 35 percent higher utility bill, essentially a massive federal energy tax, invented and levied on consumers with no vote or even consideration by Congress.

Fully aware that the rule was so fanatical that Congress would reject it, the Obama administration ordered its EPA bureaucrats to impose it instead.

This begs a serious constitutional question: Why are laws no longer made by lawmakers?

That’s what Sen. Rand Paul is asking. His REINS Act (S. 226) requires any proposed federal regulation with an economic impact greater than $100 million to be considered and approved by both chambers of Congress as a resolution and then signed by the president before it can take effect.

In other words, America’s government must derive it powers from the consent of the governed.

Environmentalists may sue to outlaws fireworks, but the thought of letting Americans have a say in laws and regulations affecting them is sending greens into orbit.

That’s why BetterEconomy.org, a grassroots-supported citizens’ group advocating rational energy and environmental policy, is making a recorded vote of the Senate and House on the REINS Act a top legislative priority.

Citizens have a right to have a say in the passage of laws and regulations through their accountable lawmakers, as well as to know whether their elected representative is one of those environmentalist lawmakers opposing that founding principle.

So, who is fighting to block a recorded vote on the REINS Act and deny Americans something as fundamentally proper as their right to have a voice in their government?

The same sorts of people who are suing to shut down celebrations of the document that states that government must draw its “just powers from the consent of the governed.”

Backed by the Obama administration, Public Citizen (which opposed the Senate’s cap-and-tax bill because it didn’t make family electric bills high enough to stop the use of electricity) is one of the leftist special interest groups now on the warpath against Sen. Paul’s REINS Act and groups like BetterEconomy.org.

The group says that allowing lawmakers to make laws, rather than unelected D.C bureaucrats, “would replace a process based on expertise, rationality and openness with one characterized by political maneuvering, economic clout and secrecy.”

No word on whether the members of the group warmed up and stretched before engaging in the logical backflips it takes to describe the closed-door meetings of unelected bureaucrats as “openness” while claiming the public debate and vote of accountable lawmakers before C-SPAN cameras is “secrecy.”

America’s founding belief that the only proper form of government is one that serves with the consent of the governed is a threat to environmentalists’ unpopular and far-out agenda. Not only are they suing to stop our celebration of that declaration, they are waging an aggressive war to expand the power of regulatory agencies and relegate representative government to the history books.

Don’t let them snuff out our freedoms, or our celebration of them. As environmentalism continues to impose heavy costs on the pocketbooks and freedoms of Americans, Sen. Paul’s REINS Act is a simple and common sense move to restore our founding principles.
Donny Ferguson is President of BetterEconomy.org, the nation's most effective grassroots-powered opponent of the radical environmentalist lobby.  This column originally appeared in The Daily Caller on July 1, 2011.  It has been updated to reflect recent developments.