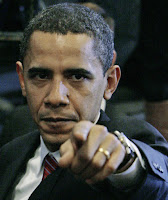 Under orders from the president, the EPA has decided to wage war against summer staples such as backyard cookouts and Fourth of July fireworks shows," writes Drew Johnson in The Washington Times.

"Absurdly low ground-level ozone standards are the latest – and likely the most expensive and oppressive – regulations the EPA has proposed adding to its already mountainous list of rules and directives suffocating the American economy.

"Because the proposed ozone standards are set so low, things as harmless as several barbeque grills cooking at the same time in the same area, or even a festive fireworks being launched during an Independence Day celebration, could tip an area already on the brink of surpassing federal ozone thresholds over the edge and into “nonattainment.”

"In an attempt to steer clear of punishment, local lawmakers are likely to respond to the new EPA rules by enacting municipal grilling bans and cancelling fireworks shows from coast-to-coast."
STOP OBAMA! Sign your petition here!