This major environmentalist claim is a total lie 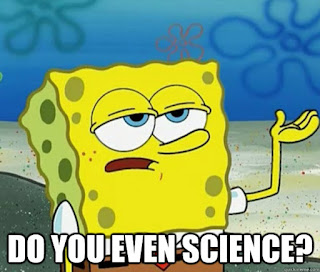 Everyone from Barack Obama to that patchloui-drenched hippie at Whole Foods loves to claim "97 percent of scientists agree that man-made climate change is real."

It's a total lie.

Ross McKitrick, a professor of economics at the University of Guelph, explains the scam:

The most highly-cited paper supposedly found 97 per cent of published scientific studies support man-made global warming. But in addition to poor survey methodology, that tabulation is often misrepresented. Most papers (66 per cent) actually took no position. Of the remaining 34 per cent, 33 per cent supported at least a weak human contribution to global warming. So divide 33 by 34 and you get 97 per cent, but this is unremarkable since the 33 per cent includes many papers that critique key elements of the IPCC position.

Two recent surveys shed more light on what atmospheric scientists actually think. Bear in mind that on a topic as complex as climate change, a survey is hardly a reliable guide to scientific truth, but if you want to know how many people agree with your view, a survey is the only way to find out.

In 2012 the American Meteorological Society (AMS) surveyed its 7,000 members, receiving 1,862 responses. Of those, only 52 per cent said they think global warming over the 20th century has happened and is mostly manmade (the IPCC position). The remaining 48 per cent either think it happened but natural causes explain at least half of it, or it didn’t happen, or they don’t know. Furthermore, 53 per cent agree that there is conflict among AMS members on the question.

So no sign of a 97 per cent consensus. Not only do about half reject the IPCC conclusion, more than half acknowledge that their profession is split on the issue.

And with the government spending millions researching the conspiract theory, many of the scientists who think man-made climate change wouldn't have a job if they said otherwise.

There are also other scientific questions in play.

The science is anything but settled.