Important race in Texas. Join the Steve Stockman for Congress campaign to protect the Second Amendment.

Dear Friend of the Second Amendment,

One of the most important elections in the entire country is taking place in the Lone Star State - and it's largely happening under the radar.

Former Congressman Steve Stockman is a proven, trusted and vigilant defender of the right to keep and bear arms. While serving in Congress in the mid-1990s, Rep. Stockman introduced more pro-gun legislation than any other member of Congress.

And he went toe-to-toe fighting President Clinton and certain Republican leaders in working to undo the semi-auto gun ban, the Brady Act, and other gun control laws.

In other words, Steve Stockman not only fought against bad gun bills, but he also proactively introduced legislation to repeal unconstitutional laws already on the books.

It's called leadership and guts - and Steve Stockman has them both.
Now Stockman is running in Texas' 36th Congressional District. He emerged as one of the top two vote getters in a primary last month, and is on the ballot in a July 31 runoff election. That means Steve has less than two months to get his pro-liberty, pro-Second Amendment message out to hundreds of thousands of voters, and he needs our help to get the job done.

Even if you live outside of the 36th Congressional District, you can take part in   this crucial race.

First, you can visit Steve online and make a contribution by clicking here. Elections cost a lot of money, and Steve needs to stay on the air right up to the election contacting pro-gun voters.

Second, and equally important, is to volunteer some of your time to the Stockman campaign.

Whether it's delivering yard signs, passing out information, making calls - there is something that each person can contribute. If you live in or even near the 36th Congressional District, please join the Stockman team by giving of your time.  Click here to sign up as a volunteer. You can also call 832-704-6900.  Leave a message and someone from the campaign will get back to you as soon as they can.

If we all work together, if we all pitch in a little, it will add up to victory on  July 31st.  I know this is a busy election year, but when it comes to protecting the Second Amendment, no race is of greater importance than the 36th District of Texas.

So please join with GOA in support of Steve Stockman for Congress.

PS - Less than six weeks. That's how much time remains for Steve Stockman to contact hundreds of thousands of voters with his pro-liberty message in his race for the 36th Congressional District of Texas.

Please support Steve with your financial contribution by clicking here.

Equally important, if you are able to donate some of your time as a volunteer to the campaign, sign up by clicking here or calling 832-704-6900.
No comments: 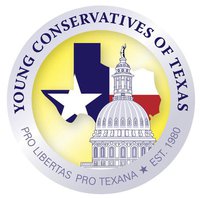