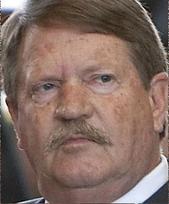 Stockman calls on Jackson to apologize for lying to reporters and voters
All statements about Jackson given full citation, in detail
'Independent source' touted to media by Jackson actually a neighbor and personal friend
“Mike Jackson likes his claims the same way he likes his immigrants – undocumented.”

WEBSTER, TEXAS - Congressman Steve Stockman called on State Senator Mike Jackson Sunday to apologize to the media for issuing a blatantly phony press release calling a recent Stockman mailing false, and for attacking the credibility of reputable organizations such as Texas Eagle Forum and The Wall Street Journal for reporting on bills he has voted for.

Jackson’s release claims a recent mailing from Stockman contained “false” statements, but despite his repeated assertions Jackson refused to state what, if anything, was “false.”

Here are the claims the mailer made and the the documented facts backing it up:

•       Jackson earned a “Pro-Choice” rating from the National Abortion Rights Action League for his vote on SB 592 (2009,) which would allow some teens girls to access contraception without parental consent.

•       Jackson voted against an amendment to HB 2086 in 2009, which would have imposed tougher penalties on the crime of human trafficking, in which people are smuggled, usually young girls and women for the purposes of forced prostitution

•       Jackson is supported by Dr. Steven Hotze, who published a “voter guide” supporting Jackson and is known for his effort to stop Arizona’s popular anti-illegal alien laws from being passed in Texas

•       Jackson accepted a $1,000.00 contribution from BNSF PAC, a railroad owned by Obama campaign bankroller Warren Buffett, who is not only leading the fight for Obama’s tax hikes but stands to profit if the     Keystone XL pipeline is killed.

•       Jackson supported for HB 3 in 2005, which created what The Wall Street Journal correctly pointed out is a state income tax in violation of the Texas Constitution.  The Harris County Republican Party issued an official resolution denouncing the Legislature’s vote.

Jackson also told the media a “well-known conservative blogger David Jennings” gave Stockman’s mailer “an independent review.”  What  Jackson did not tell reporters is Jennings is a personal friend who lives two streets over from him.

“Everything about Mike is documented in detail.  Mike Jackson is a liberal and has the documented pro-choice, pro-tax hike, pro-illegal alien votes to prove it,” said Stockman.  “Everything we published about Mike Jackson came from his documented voting record.  His record is so shameful and liberal, his only response to its being published is to throw a tantrum.  Mike Jackson should apologize to the media for lying to reporters and he should also apologize to Texans for voting like a liberal on abortion, taxes and immigration.”