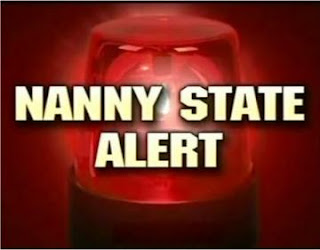 Why do we need Libertarians in state legislatures?

For one, to stop government bullies from using bullying to stop bullying.

Unfortunately-named Oklahoma State Rep. William Fourkiller believes video games are responsible for obesity, violent behavior and bullying among kids, and he's going to do something about it.

The Stilwell Democrat is proposing a one percent statewide tax on so-called "violent videogames."

The money he would forcibly take from Oklahomans through the threat of arrest of businessowners who don't comply would be used to expand the size of government...to combat bullies and obesity.  Half of the money confiscated from Oklahomans would be funneled into the so-called “Bullying Prevention Revolving Fund.” The other half would be divvied up by bureaucrats in the “Childhood Outdoor Education Revolving Fund.”

He apparently doesn't recognize irony of using bullying tactics and obese government to battle bullying and obesity, but he does believe parents are incapable of raising their own children, and it's up to a larger army of taxpayer-funded bureaucrats to raise the state's children.