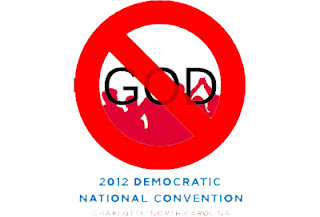 Add this to the latest Obama failure and flip-flop.

"Obama had seen the language prior to the convention, a campaign source said, but did not seek to change it until after Republicans jumped on the omissions of God and Jerusalem late Wednesday." POLITICO reports.


That means not only did Obama approve the removal of mentions of God and support for Israel, but Obama signed off on and approved the removal of language criticizing the terrorist group Hamas.

And despite the fact party leaders, looking at polls, restored the "God" and Israel language despite the fact Democrats voted against it three times Obama still personally opposes recognizing Jerusalem as Israel's capital.
No comments: 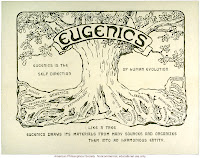 Now speaking to the Democrat National Convention: Planned Parenthood, founded in 1916 to advocate eugenics because founder Margaret Sanger thought blacks and Jews were "a menace to the race"  "Eugenic sterilization is an urgent need," Sanger wrote  "We must prevent Multiplication of this bad stock."

Planned Parenthood was also founded to "limit and discourage the over-fertility of the mentally and physically defective."

This is who Democrats associate with, and on the same day they booed Israel.
No comments:

No doubt looking at polls showing widespread damage to their brand, panicked Democrats have freaked out and moved to go back and rewrite the Democrat Platform after massed Democrats lustily stripped it of support for Israel, removed opposition to the terrorist group Hamas and erased all mention sof God.

But Democrat party delegates opposed the move to add that back in and party leadership couldn't get enough support to pass the change. Party leadership held a "voice vote," and kept holding it until they gave yp and declared it passed, despite not getting enough votes.

NAGR: Hillary is hiding this 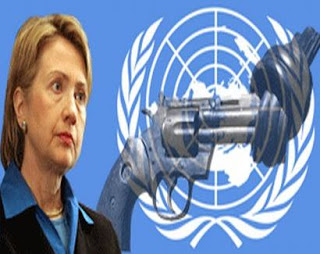 As you know, the wannabe dictators at the UN are plotting RIGHT NOW to gut the Second Amendment.

And we only have until this Friday, September 7th to prepare for battle.

Hillary Clinton is doing everything in her power to force through the UN Gun Ban while the rest of the country is distracted with the Democrat convention.

Don't be fooled, she's working tirelessly to get her gun ban before election day.

After you listen, be sure to sign the survey putting yourself squarely on record AGAINST this radical gun ban.

Steven Spinner, the Obama fundraiser who arranged the half-billion dollar taxpayer-funded giveaway to Solyndra, was among those in a red carpet, VIP royalty tour of the Democrat National Convention.

When ABC News tried to approach Spinner to ask him about his role in the scandal, Spinner literally ran from the cameras.  Democrat Party staffers physically blocked ABC News from following him.

Obama gave the cash to his top campaign fundraisers despite warnings from the Justice Department the loan would fail.  Obama then personally changed federal laws requiring taxpayers be reimbursed first when taxpayer funds are loaned, allowing his campaign fundraisers to pocket cash first.

The Obama allies who pocketed that cash are now funneling their taxpayer loot into Obama's campaign accounts.
No comments:

Obama downgrades speech venue. Here's what else he downgraded. 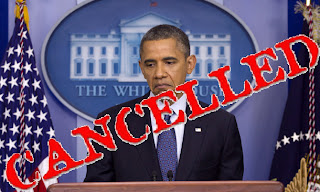 After promising he would fill the 75,000-seat Bank of America Stadium and give his Democrat nomination acceptance speech "rain or shine," Obama has canceled the venue amid troubles filling the seats, downgrading the venue to the 15,000-seat Time Warner Cable Arena.
What else has Obama downgraded?

Business startups: "The U.S. business startup rate fell to the lowest point on record for new firm births in 2010, the most current year for which data is available." (Source: Kansas City Star, Ewing Marion Kauffman Foundation)