In the Democratic Senatorial Campaign Committee ad blanketing Virginia, Edwin Williams is portrayed as a home-bound retiree on fixed income. "I count on Social Security and and I don't want Washington politicians like George Allen privatizing it"...


But it turns out Edwin doesn't actually count on Social Security

Williams helped start the boutique law firm, Kellogg, Williams and Lyons in 1972. He has led the firm's Vienna branch for years. Calls to the firm's Washington office were referred to Williams in Vienna. His partner, Philip Kellogg, also did not return a call or email.


Williams, a partner in one of D.C.'s most notable law firms, has run their Vienna office since 1977.

The home address shown in the ad isn't exactly something someone who "counts on Social Security" would be living in, Bedard notes.


Rather than the poor, impoverished, doddering old man Democrats claim in the ad, Williams specializes in personal injury cases and brags he has "recovered millions of dollars for civil plaintiffs."

Breaking down Romney, Obama in Ohio 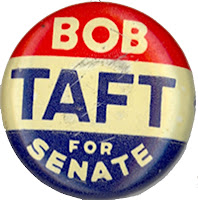 The New York Times' Nate Silver reports that Ohio's 18 electoral votes have a 50-50 chance of deciding the presidential election.

So what's the situation there?

For one, Obama is favored.  RCP's poll average of Ohio has the state 47.6% Obama, 45.7% Romney.  Assuming 2% of the electorate vote for someone else, that leaves 4.7% undecided. Seems like a strong lead for Obama.

So Ohio, which should be an Obama win, comes down to which scenario is more likely among undecided voters Does Obama take 21%-36% of their vote, or does Romney take 49%-64% of their vote?

That may sound to most like a lock for Obama, and he's still the favorite to win Ohio, but keep in mind these people still aren't sold on Obama after four years as president, and Romney has strong polling leads with independent voters.  Romney has a strong outside shot of taking Ohio.
No comments: Share this!