Washington, D.C. – With the go-ahead just given for construction of the southern portion of the Keystone XL oil pipeline – which would stretch from Canada to the Louisiana Coast if the entire project is ultimately approved – one national grassroots organization isn’t taking anything for granted.

As the public comment phase of approval ended yesterday – where the U.S. State Department gathers comments from the general public for or against a project – American Tradition Partnership (ATP), a national grassroots organization dedicated to fighting radical environmentalists, delivered over 150,000 public comments generated from Americans all over the country.

“This is an astounding number of public comments and proves what the polls are saying are true,” said Donny Ferguson, ATP’s Executive Director.

“Americans are sick and tired of the Obama administration’s kowtowing to radical environmentalists, and – whether it’s oil, natural gas or coal – they want to see America’s energy future secured.”

A Pew Research Poll from February showed nearly two-thirds of Americans who had heard about the Keystone XL Pipeline project supported its completion.

Proponents of the Keystone XL Pipeline – including ATP – argue construction of the pipeline would create tens of thousands of new jobs and ultimately lower fuel prices as the pipeline would make it easier to bring new oil to the global market.

“American Tradition Partnership is the one group out there that is taking the radical environmentalists head-on at the grassroots level.,” continued Mr. Ferguson.

“Those 150,000 public comments should send a message both to President Obama and members of Congress.  Americans don’t want to see our economy locked up under the radical environmentalists lock and key, and they’re prepared to take action.

“November is rapidly approaching.  Politicians who ignore voters’ wishes will pay a severe price.”
No comments: Share this!

A message from Congressman Steve Stockman 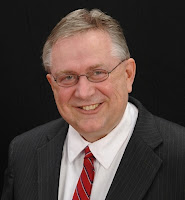 I hope everyone will join me in wishing all the best to Stephen Takach for US Congress and his lovely family. Thank you for being willing to make the tough sacrifices to serve our Republic. God bless you.

I also look forward to seeing Mr. Max Martin across our district over the next three months as he and I make our cases to the voters. I wish you safe travels and friendly conversations.
No comments: Share this!

Liberals are proud of this?

Percentage of men and women who survived a cancer five years after diagnosis:
U.S. 65%
England 46%

Percentage of patients diagnosed with diabetes who received treatment within 6 months:
US 93%
England 15%

Percentage of seniors needing a hip replacement who received it within 6 months:
US 90%
England 15%

Percentage referred to a medical specialist who see one within one month:
US 77%
England 40%

Number of MRI scanners per million people:
US 71
England 14

Number of seniors with low income who say they are in excellent health:
US 12%
England 2%
No comments: Share this!