Trump's Voters Have Been Betrayed on Healthcare, Bigly 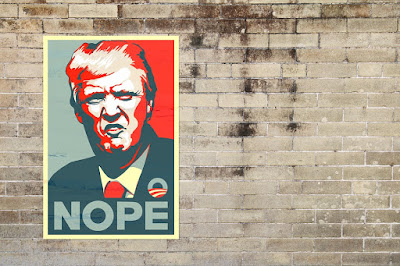 It’s now clear where this “repeal and replace” thing is headed. A small cadre of the GOP House leadership hammered out a few tweaks of Obamacare in secret. All the essentials of Obamacare were left in place: the mandates, the regulations, the strictures, the entitlement expansions, the preset packages, and many taxes.
The glorious reform had "lame" written all over it. A mandate with penalties paid to government is replaced with a mandate to pay insurance companies plus a refundable tax credit which might actually cost more in the future than the present system.

You might say, as Reason observed, that it is “better than nothing.” True, and Khrushchev’s economic ideas were an improvement on Stalin’s. Still, it’s another central plan, providing no real substantial room for new innovation, competition, or genuine market forces.

When the bill was released on March 7, Trump tweeted: “Our wonderful new Healthcare Bill is now out for review and negotiation.”

This tweet shattered the illusion that something dramatically pro-freedom would actually happen. Despite GOP control of the House, Senate, Executive Branch, and even a free-market minded head of the Health and Human Services, the proposed reform is something that these very same people would have decried as socialism eight years ago.

Revolt Against the Regime

A few smart, principled people in the party quickly objected, with Rand Paul in the Senate and Justin Amash in the House leading the charge. They know that this is a once-in-a-lifetime opportunity to fix a healthcare system that has been getting structurally less functional for many decades, burdened down ever more with a thicket of control, subsidies, pressure-group payouts, and bureaucratic layers of rules.

They were there as Obamacare became the final disgrace of the welfare state, so bad that the former president himself didn’t even mention it, much less brag about it, in his farewell address. The election was an opportunity, finally.

During the election’s final weeks, Trump opposed everything about Obamacare and brought out his rhetorical blowtorch against it in the final weeks, just as premiums rose astronomically. Clinton, in contrast, promised only tweaks to make the existing system work better.

Voters revolted, hoping for some relief. Exit polls from the 2016 presidential election told the story. Trump had temporarily dropped even his obsessions with nationalism, protectionism, and strongman symbolism for just a few days to say something sensible: repeal and replace this monstrosity. The outrage against the prevailing system launched him into the presidency.

Now it is mid-March and the great moment has arrived. As it turns out, nearly everything is left just as it was. It’s not as if Trump is doing his best to support the best-possible option. There are plenty of good plans out there. He has just rejected them in favor of the most watered-down reform possible.

Indeed, he has used the full weight of the presidency, all the power of his influence, and every bit of political clout he has to support the worst-available plan for dealing with the utter and complete failure of the status quo. He went so far as to invite his free-market critics to the White House and the Oval office, gave them a chance to speak, and then finally laid out his conditions for negotiations: stop criticizing the thing he supports as merely Obamacare-Lite.

Sensing that he had a problem, Trump then tweeted that this was only the first stage of three, and the good stuff will come later.

Now the Congressional critics have a problem. The more they criticize the proposed reform, the less influence they will have over the process going forward. Or they can take a gamble that Trump might ultimately improve the bill under their influence, but they have to muzzle their criticisms themselves in order to be in the game at all.
And here we have the “art of the deal” in action. It is about getting something, anything, shoved through, with the right people given what they need to take credit or cast blame, depending on their appointed role in the political drama. The deal is what matters, not the actual results. I’m the last person to be a pessimist, but it looks to me like the end result will be: the codification of Obamacare in principle and practice.

It could have been otherwise, and so easily. Just imagine the power of the Trump presidency, in its earliest weeks, pushing for a real free-market solution. It might have worked. At least it would have defined the right terms: freedom vs. control. Now that theme is lost and so is the chance for real reform.

Why Am I Shocked?

On a personal note, the course of events has hit me like a sucker punch. My friends keep telling me that I was ridiculous to expect anything else. “Did you really expect something good to come of this presidency? That’s so naive. You, more than anyone, predicted that there would be no net increases in liberty from this.”

The truth is that my brain can’t work without having some hope. There had to be some good that would come from the election outcome, and surely doing something about the healthcare problem is it.

After all, even the worst US presidents have often done at least one good thing. Clinton reformed welfare. Reagan cut tax rates. Carter deregulated. Nixon opened diplomatic relations with China. Even FDR deserves kudos: his first act as president was to repeal liquor prohibition.

So, I had it worked out in my mind that the full repeal of Obamacare and its replacement by a market-based system would be the one great thing that would happen in the Trump years. We might still get trade wars, a dangerous military build up, police-state controls on association, and travel restrictions, but at least something as important as healthcare would be brought into the 21st century.

The root problem is that the health care system is not free from government control. It’s why the far-less-regulated sectors of veterinary medicine and cosmetic surgery are just fine, with declining prices, better technology, and more access. There is nothing special about medicine relative to the economic forces that manage every other good and service.
Meanwhile, my Google Home robot can bring any product to me with a voice. I can summon a burrito to my desk with a click on my watch. I can get a personal trainer to show up to my place on schedule. Everyone is competing to bring me cool stuff, often for free. With markets, everything works for you and me. Healthcare is not only failing to improve but getting more expensive, less accessible, more stuck in a bureaucratic mire.

Rand Paul offers one salient example: how about new models for price negotiation with large insurers? If regulations allowed it, people could join co-ops of any size that would work like insurance mutual funds, and managers could shop around for the best policies at the best prices. This is only one example but in order to see it, we need massive deregulation.

It is not entirely crazy that a passionate Rand Paul and his colleagues will finally prevail and get a better bill. Their commitment is obvious, and it is not just about political posturing. There are millions of human lives at stake. We are, after all, talking about health, which is at the core of the quality of life itself. Only freedom can be trusted to manage it.

However, keep this in mind: should something good finally emerge, whether this year or next, it will be due not to the “greatness” of the executive and all his bluster, but rather to the courage, character, and commitment of a handful of people who still believe that freedom is that best path. It is not the political system that will have worked; it is that moral passion triumphed over politics.

And here we have the best possible precondition for liberating the medical sector from government: a deep and broad cultural commitment to human freedom in every area of life. (See ten principles for real healthcare reform.) Politics is not the agent of change but rather the thing that is changed. There is always hope, rarely in the political process but always in the human heart and mind.

Jeffrey Tucker is Director of Content for the Foundation for Economic Education. He is also Chief Liberty Officer and founder of Liberty.me, Distinguished Honorary Member of Mises Brazil, research fellow at the Acton Institute, policy adviser of the Heartland Institute, founder of the CryptoCurrency Conference, member of the editorial board of the Molinari Review, an advisor to the blockchain application builder Factom, and author of five books. He has written 150 introductions to books and many thousands of articles appearing in the scholarly and popular press.