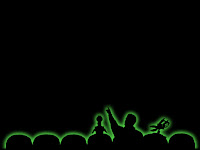 During its original run in the 90s, MST3K earned a cult following by doing what pop culture does best, namely, taking a mundane idea and elevating it to an art form.

For MST3K, the idea was to build a show around a favorite pastime of movie fans: mocking cheesy movies. The concept seems simple today, but thirty years ago it was groundbreaking, all the more so because the cast of MST3K was really good at it. Yet despite winning many fans, the show was never a favorite of the networks that aired it, which were often unsatisfied with the ratings and therefore eager to control its creative direction.

The revival of MST3K is a testament to the devotion of “MiSTies” around the world. But it’s more than that: it’s also a way to explain how markets work, and other economic science facts.

First, entrepreneurs can use markets to satisfy our most mysterious, scientific, and theatrical wants. In the case of MST3K, there wasn’t an obvious desire for a new season, and certainly not enough to attract the attention of the major networks. There seemed to be only a small, devoted, and mostly decentralized fan base that lacked a clear way to signal the value of a revival to investors.

Yet there actually was enough support, but the producers needed the market to show it. That’s why they turned to crowdfunding to gauge interest in the project. Rather than waste time and money cold-calling networks looking for investments, creator Joel Hodgson and his team asked the fans to vote with their wallets.

And so they did: the “Bring Back MST3K” Kickstarter campaign, launched in November 2015, and shattered many previous fundraising records, ultimately grossing over $5.7 million. Eighteen months later, the fans have season 11, this time via Netflix.

Like Kickstarter, Netflix is closer to a free-market model than many of the oversized networks that dominate the industry. These privileged, cartelized companies are increasingly threatened by platforms like Netflix and Amazon Prime, which have largely succeeded by taking big risks on seemingly obscure or impossible projects.

Second, the success of the MST3K Kickstarter hints at a deeper point: the arts can be privately funded. When people are convinced an artistic venture has merit, they’re happy to support it—and most art forms require far less investment than a TV show.

Entrepreneurs excel at finding an audience, however niche or dispersed, and the arts are no exception. Crowdfunding can even provide public goods. But too often, calls for public funding of the arts are calls for art that doesn’t create value for anyone but the artists. Of course, public organizations do fund some art projects that appeal to large audiences, but to the extent that those audiences feel strongly about them, they should be willing to support them. There’s no need to force others to pay and then funnel the money through a public bureaucracy first.

Third, using the market to fund the arts benefits creators and audiences, and hurts no one. People support MST3K because they love it. But people who don’t like the show aren’t obliged to pitch in, or even to pay attention, much less sacrifice to their money or viewing time to a show that doesn’t interest them. Contrast this to public programming such as PBS, which delivers one-size-fits-all content at taxpayer expense. That’s the beauty of the market: it doesn’t punish people for having different tastes. My enjoyment of a show like MST3K doesn’t stop others from enjoying art that they like. Publicly-funded art, on the other hand, always involves favoring some tastes at the expense of others.

The Market is the Ultimate Judge

Finally, the market is uncertain. Even successful entrepreneurs can’t be sure consumers will always want what they have to offer. And the fact is, MST3K’s return is not by itself a signal of success: we have to wait and see if fans continue to watch and support the show and if it can capture a new audience, to know whether their money was well-spent.

The creative minds behind the show are bearing this uncertainty, and will profit or lose according to the strength of their artistic judgments—ultimately, the market makes it possible for entrepreneurs to create value, but it can’t guarantee it.

The return of MST3K is a great example of the democracy of the market. And it’s only one of many shows to be resurrected after an untimely cancellation. These revivals are a way for fans to get more of what they love, but they’re also good for artists, who get another chance to create art the way they want.


Matthew McCaffrey is assistant professor of enterprise at the University of Manchester and editor of Libertarian Papers.