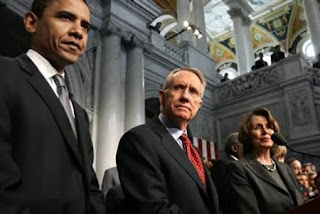 "Defending austerity is not getting any easier for Europe’s politicians. And Vitor Gaspar, Portugal’s finance minister, has it harder than others. The country’s unemployment rate is 14 percent, and its economy, which has been stagnant for years, is expected to shrink another 3.3 percent in 2012," The New York Times writes.

"Opponents of austerity may cite Portugal as a country that could benefit from economic stimulus and kinder budget cuts. But Mr. Gaspar, speaking to The New York Times last week, has a message for observers who say Europe needs to substantially relax its austerity approach: We tried stimulus and it backfired."

"My country definitely provides a cautionary tale that shows that, in some instances, short-run expansionary policies can be counterproductive," Gaspar tells the Times.
Europe's failed experiment in government-run economies has resulted in collapse, bankruptcy, bailouts, massive unemployment, riots, arson and human suffering.

And America's economic collapse has its roots is government interference in the economy. After decades of banks refusing to offer home loans to people who clearly could not pay them back the government's "Community Reinvestment Act" and hearings accuse banks of racism bullied lenders into offering subprime mortgages.  The government-inflated bubble eventually burst, toppling the economy like a line of dominoes.

The sad fact is while Americans and even now Europeans see the failure of government-directed "stimulus" programs, Democrats and Republicans don't.  Republicans masterminded the bank bailouts and Democrats still defend Obama's failed "stimulus."