Thanks to Obama, number of women not working reaches record high 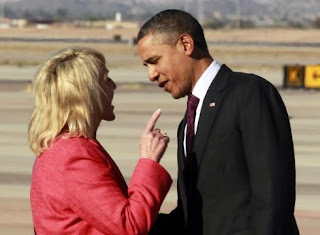 The Bureau of Labor Statistics finds 324,000 women left the nation’s civilian labor force in just eight weeks over March and April, and the number of women not in the labor force hit an all-time high of 53,321,000.

"This year (in both January and April), only 57.6 percent of the women in the civilian noninstitutional population were in the labor force. That is the lowest rate of labor force participation by American women since April 1993, according to historical data maintained by BLS," CNS News reports.

"For both males and females combined, the rate of participation in the labor force dropped to 63.6 percent in April—the lowest rate since December 1981.

"Recently, however, women have been leaving the labor force in larger numbers than men."

No wonder Julia needs cradle-to-grave government support.  Obama won't let her out of the house to work.