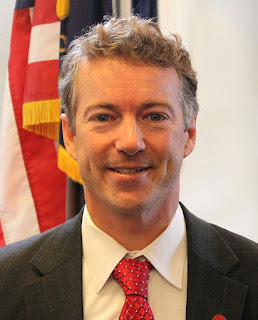 Today, after months of championing the issue of cutting aid to Pakistan and other actions against the interests of the United States, Sen. Rand Paul succeeded in his filibuster mission to bring his legislation to a vote.

Sen. Paul's bill, S. 3576, calls for a prohibition of U.S. aid funds to the governments of Egypt, Libya and Pakistan contingent upon the release to U.S. authorities the aggressors who attacked our embassy and consulate in Egypt and Libya, respectively, and the release of Dr. Shakil Afridi, currently held by the Pakistani government.

"In no way should the United States government be sending money to governments who are not our ally, who blatantly do not respect our country, and who work to compromise the safety of our allies and citizens abroad. I am pleased that the Senate leadership has listened to my pleas for an end to this and have agreed to debate and vote on this pressing issue," Sen. Paul said.

In a series of Dear Colleague letters and direct correspondence to Senate Democrat Leader Harry Reid (Nev.) over the past few weeks, Sen. Paul has indicated his intention to hold up all pending legislation before the Senate in a filibuster until his legislation was brought before the Senate to deliberate and vote.