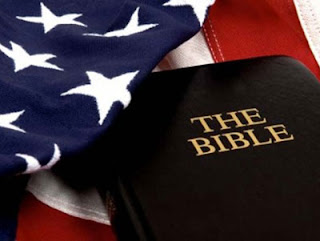 An anonymous blogger, who refuses to write under his real name and hides behind the screen name ‘gator’, has attacked me for standing up for the religious rights of Christian students at Kountze High School.  Normally I would not respond to anonymous bloggers, but this blog is posted at the ‘Beaumont Enterprise’ website, the largest circulation newspaper in the Kountze area.

While his post is difficult to read due to its poor grammar and name-calling, the general gist of it is to claim that I am wrong to oppose the banning of religious messages on banners created by students and displayed at football games.  In another blog post, the blogger lists three Supreme Court cases he claims support his theory that the school district can ban religious messages displayed by students at football games.  The court cases actually say that the government may neither advance nor inhibit religion, and the one court case he listed involving schools was an incident where school officials were leading a prayer.  At Kountze High School, the students were creating their own banners after school, on their own initiative.

Our Supreme Court told us in 1969 in the case of ‘Tinker v. Des Moines Independent Community School District’ that “In order for the State in the person of school officials to justify prohibition of a particular expression of opinion, it must be able to show that its action was caused by something more than a mere desire to avoid the discomfort and unpleasantness that always accompany an unpopular viewpoint.”  This means that just because someone complains to the school superintendent that Christian messages displayed by students might make someone ‘uncomfortable’, he is not allowed to ban the messages.

Another complaint I received is a claim that school boards are not bound by federal laws, including the 1st Amendment to the U.S. Constitution, because of the 10th Amendment.   The Supreme Court ruled in 1943 specifically that local boards of education must respect the First Amendment rights of students.  In the case of ‘West Virginia v. Barnette’ the Supreme Court told us “The Fourteenth Amendment, as now applied to the States, protects the citizen against the State itself and all of its creatures-Boards of Education not excepted. These have, of course, important, delicate, and highly discretionary functions, but none that they may not perform within the limits of the Bill of Rights."
The only instance in which school officials were allowed by the Supreme Court to restrict student banners was when a school principal forbade a banner viewed as promoting illegal drug use in violation of a school to deter drug use by schoolchildren.  In the 2007 case of ‘Morse v, Frederick’, our Chief Justice John Roberts only allowed the banners to be banned because they did not convey “any sort of political or religious message.”  It’s clear to everyone that the messages displayed by Kountze High School not only have a religious message, but were banned by the school district precisely because they contain a Christian religious message.

On January 4, 1995 I took an oath to support and defend the Constitution of the United States.  When I see a government official violating the Constitutional rights of students, I am going to speak up for their rights.  Government school boards have no right to forbid religious messages voluntarily displayed by students, and a complaint by someone who feels ‘uncomfortable’ about student-created Christian messages does not enable them to do so.

Kountze Superintendent Kevin Weldon needs to respect the First Amendment rights of his students, and allow them to display their Christian messages.