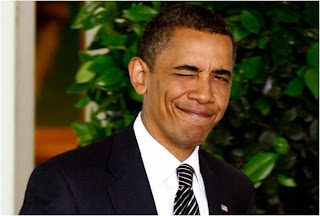 In a mad rush to churn out "shovel ready" projects for his "stimulus" bill before voters decided on his re-election, President Barack Obama spent $29 million building an Alaskan port that was missing something simple.

Electricity, running water and a road allowing people to reach it.

For $29 million dollars the American people got "mostly just a big hole in the ground, local radio station KUCB reports.

Usually the federal government will not fund port construction if there is no infrastructure to support the port, the Army Corps of Engineers tells KUCB.

“Yes. It’s not normal. And it has prevented the construction of harbors in the past, when that supporting infrastructure is not there," says Steve Boardman, head of the Corps’ civil projects division.

Building a road to reach the port won't happen for at least another two years, and that will come at a cost of $11 million per mile.  So far no one is willing to offer any money to build a road to reach "Port Obama."

Even if "Port Obama" is ever connected to a road, or to electricity, or to running water, there's no guarantee anyone will even want to use it.  The harbor will have 58 slips.  But locals only own five boats.