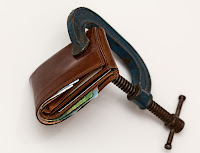 Rep. Mick Mulvaney, R-S.C., appeared before the United States Senate Committee on the Budget Tuesday to share how he will reform entitlement programs and regulations, should he be confirmed by the Senate as the next director of the Office of Management and Budget.

In his opening statement, Mulvaney said that the Office of Management and Budget has likely been falling short on its duties to oversee entitlements and regulations.

“I think the law currently requires OMB to do a retrospective analysis of regulations, and it’s probably been falling short on that,” Mulvaney said.

During the hearing, Mulvaney stressed the importance of reforming entitlement programs in order to save them for future generations.

Sen. Lindsey Graham, R-S.C., asked Mulvaney about his intentions to “save” the Social Security program.

“Would you agree with me that for younger workers, they may have to work longer when they enter the program to save the program?” Graham asked.

Mulvaney said that he has told his children to “prepare for exactly that.”

Graham also questioned Mulvaney about his vision for other entitlement programs such as Medicare and Medicaid.

Mulvaney said that failing to take action on these programs is not an option.

“If we do nothing, then by the time I retire, there will be an across-the-board 22 percent cut to Social Security benefits,” Mulvaney said.

Mulvaney said that he would not be advocating cuts to Social Security benefits for the elderly.

“I don’t think that any proposal … that I would take to the president, should I be confirmed, would suggest that we touch folks anywhere who are already—I’m not making my parents go back to work, they’re 74 years old,” Mulvaney said.

If the Social Security program is not reformed, Mulvaney said that individuals will not receive the full benefits of the program.

“Without changing the current Social Security program, a 40-year-old today will receive roughly 77 percent of what they have been promised for their adult life,” Mulvaney said.

Sen. Pat Toomey, R-Pa., questioned Mulvaney about the future of Social Security and its implications on being available to young people.

“To continue to suggest that we do not have to do anything here is just being dishonest to the young people … Is that fair?” Toomey asked.

Mulvaney said that Toomey’s estimation was “correct” and stressed that in order to fix the program, people will have to work more hours in order to close the budget gap in Social Security.

“It would require, I think, one of the proposals would require a need to work an extra couple of months before I retire … ” Mulvaney said.

He said that Trump is committed to significantly reign in regulatory programs.

“My very distinct impression, from working with the transition team, is that regulatory reform is going to be an absolute priority for this president,” Mulvaney said. “In fact, I think you saw him mention yesterday that he wants to cut 75 percent of the regulations. He is absolutely dead serious about this.”

Mulvaney expressed confidence in the dedication to reforming regulation, stating that he believes Trump to be “the first person to campaign for president on regulatory reform since Ronald Reagan.”

“I have some plans or ideas of how we could help to [reform regulation], but I absolutely believe that you will see this be a priority for President Trump,” Mulvaney said.

In mid-December, Trump, then-President-elect, announced Mulvaney as his choice to lead the Office of Management and Budget.

Republican leaders have expressed confidence in Mulvaney to lead the Office of Management and Budget.

Sen. James Lankford, R-Okla., said that Mulvaney would do a “great” job in the leadership role.

Sen. Mike Enzi, R-Wyo., chairman of the United States Senate Committee on the Budget, said in a statement released Tuesday that he is “pleased that President Trump has nominated a fiscal conservative for this key post” and expressed faith in Mulvaney’s ability to “reform the broken budget process.”