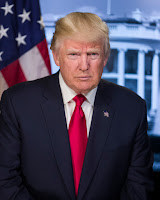 Donald Trump is going after one of the few issues proven to be a unifier across party lines: civil asset forfeiture.

This legal tool allows law enforcement to seize money and physical property from those merely suspected of criminal behavior. Unfortunately, there is no conviction requirement, meaning confiscation can occur before suspects have been given the opportunity to defend themselves in court.

After 2016 saw several state victories reining in the practice, the Obama Administration reinstated the program on the federal level. The federal Equitable Sharing Program, which had briefly been paused due to budget constraints, provided local law enforcement with a loophole, which allowed them to continue the practice so long as they shared their spoils with the feds.

President Trump made some egregious comments on the matter while addressing a room full of Texas police officers on Tuesday, effectively destroying any hope that his administration will be better on this issue than President Obama. In fact, the situation may very well become worse.

The nomination of Jeff Sessions to the office of Attorney General has made many criminal justice advocates nervous, as he has a long history of justifying the practice of policing for profit. On Tuesday, Trump confirmed these fears when he threw his support behind the controversial practice, saying that he saw  "no reason" to restrict law enforcement's use of civil asset forfeiture.

Ignoring the substantive concerns over the practices' disregard for due process, Trump even threatened to "destroy the career" of libertarian-leaning Texas legislator Konni Burton for her outspoken opposition to the practice, a comment met with approving laughter from the law enforcement officials in attendance.

Unfortunately, the issue is not as clear-cut as Trump would like to believe. Civil asset forfeiture has arguably done more to destroy the lives of innocent people than it has to help catch those actually guilty of criminal acts.

Since there are few restrictions to the practice, it has frequently been used against those who were merely in the wrong place at the wrong time and were not, in fact, engaging in criminal behavior.
In 2013, for example, a Peruvian pastor had $14,000 seized during a routine traffic stop. Traveling to a church event, Pastor Marco Silva, a citizen of Peru but legally present in the United States, was pulled over for “failure to signal a lane change.” The money, which was supposed to be donated to a Peruvian orphanage, was seized by law enforcement.


While Trump claims that any politician opposed to this practice would "get beat up really badly by the voters," he clearly doesn't understand the impact civil asset forfeiture has had on everyday people.
Without first having to prove guilt, asset forfeiture is ripe for abuse. Worse still, law enforcement is incentivized to continue this practice since they are allowed to keep a portion of the confiscated cash or property.

One family, who had their entire house ransacked after falsely being accused of breaking drug laws, not only had their belongings destroyed, but important legal documents, including adoption papers, were also confiscated and subsequently lost in the process.

This is because with civil asset forfeiture, it is technically the property, and not the individual that is being prosecuted. This makes it extremely difficult for individuals to regain control over their belongings. Those who are able to afford the extravagant legal fees are often forced to settle for only a portion of their property returned, while some are forced to forfeit their property forever.

The abuse of civil asset forfeiture has become so widespread, it has created unlikely alliances in Congress between Republicans and Democrats.
In an era when the country finds itself more divided than ever, Trump would be wise to cease his support of an issue that has negatively impacted so many Americans.


Instead, Trump has fallen victim to the same fear mongering used to convince people that a repeal of asset forfeiture would result in terrorist attacks or a cartel takeover.

While Trump was discussing the issue with Texas law enforcement earlier this week, Rockwall County Sheriff, Harold Eavenson, called out another Texas lawmaker who, like Burton, is committed to passing legislation restricting the process. "I told him the cartel would build a monument to him in Mexico if he could get that legislation passed,” Eavenson told Trump. President Trump distastefully responded, by saying, "you want to give us his name? We'll destroy his career."

As the room once again erupted in laughter, it became painstakingly clear that under the Trump Administration, the road to criminal justice reform will be an uphill battle.

Brittany Hunter is an associate editor at FEE.