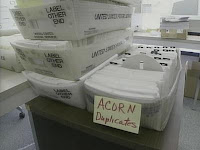 In their furious efforts to preserve their ability to engage in voter fraud, Democrats have repeatedly claimed voter ID laws deter non-voters from registering to vote and keep registered voters away from the polls.

Unfortunately for Dems, unregistered adults and non-votes say that's a lie.  They support voter ID and aren't voting because they just don't like politicians.

USA Today reports a new Suffolk University poll of people not registered to vote and those who are registered but won't vote finds:

The process of registering to vote doesn't seem to present a major obstacle. Two-thirds say registering is easy and can be done pretty quickly; 16% say it takes too much time and is too complicated.

The new wave of voter ID laws, which experts predict may reduce turnout a bit, doesn't seem to be an issue: 75% support requiring citizens to show a photo ID before voting.

Poking another hole in the web of lies Democrats have woven to justify their claims of "voter suppression" is the fact just this week the star plaintiff in their Pennsylvania lawsuit claiming it's impossible for people like her to get photo ID walked into a DMV office and was quickly handed a photo ID.  Employees were not aware of her previous claims and followed the rules.