67% of job creators will not hire under Obama 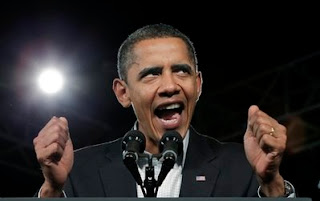 “Fifty-five percent of small business owners and manufacturers would not have started their businesses in today’s economy, according to a new poll,” The Washington Examiner’s Joel Gehrke writes.

The survey of job creators, conducted by the National Association of Manufacturers and the National Federation of Independent Businesses, also finds:
“There is far too much uncertainty, too many burdensome regulations and too few policymakers willing to put aside their egos and fulfill their responsibilities to the American people,” said NAM president Jay Thomas.

“To fix this problem, we need immediate action on pro-growth tax and regulatory policies that put manufacturers in the United States in a position to compete and succeed in an ever-more competitive global economy.”