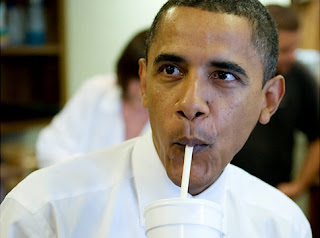 WASHINGTON – The nation’s economy is worse off under Obama than under Bush for yet another month, according to an objective mathematical measurement of the nation’s economic indicators released Friday by Congressman Steve Stockman (R-Texas 36.)

“Not only is Obama choking the life out of the economy, Obama is punishing blacks and Hispanics the harshest.  No wonder Obama has completely given up on the economy and is now focused on radical left-wing wedge issues,” said Stockman.

The Obama Failometer uses a fixed mathematical score to calculate four economic indicators from the Bureau of Labor Statistics.  The figures from the monthly reports are weighted to provide a balanced total score, which ranges from zero to 1,000. A score of 0 represent economic stability and racial equality. The higher the score, the deeper the economic failure.

Obama can set the Failometer to zero simply by outperforming Bush on the economy and fulfilling his 2008 and 2012 campaign promises to help blacks and Hispanics gain economically.
So far, Obama is worse than Bush.

Since its creation Obama has failed to generate a Failometer score that can be contained within the chart’s range of zero to 1000.

The Obama Failometer Score was originally displayed on a ten-foot-long billboard displayed in the hallways of the Capitol’s Cannon House Office building.  House officials ordered it torn down in January after Democrats complained.

Here is how the Obama Failometer Score is calculated:

Monthly jobs created: The Hamilton Project, a liberal economic policy group, states the economy must create 321,000 jobs a month in order to return the economy to pre-recession employment levels by December 2016, the end of Obama’s term.

Obama promised to not only restore the economy to where it was under Bush, but grow it.  So far Obama has failed to even perform as well as Bush.

This Obama Failometer score portion is calculated by subtracting the number of jobs created in the previous month from the 321,000 jobs claimed necessary by the liberal Hamilton Project and dividing by 1,000 to balance it against other factors.

The BLS reports the economy created 165,000 jobs in April, 156,000 fewer than needed to restore the economy.  This portion of the Obama Failometer Score is 156.

The Bureau of Labor Statistics reports the monthly civilian labor force participation rate for April is stagnant at an abysmal 63.3 percent, close to the record low and a gap against Bush of 2.9 percent.  This portion of the Obama Failometer Score is 290.

FACTORS MEASURED AGAINST OBAMA’S OWN RHETORIC

The Bureau of Labor Statistics reports the black unemployment rate for April was a depressing 13.2 percent, while the national overall rate was 7.7 percent.  That is a gap of 5.7 percent, the same last month.  This portion of the Obama Failometer Score is 570.

Hispanic unemployment:  Despite winning the Hispanic vote, Obama’s liberal policies have caused widespread damage to the Hispanic community.  Thanks to Obama, they continue to lag behind the national average in many economic factors.

The Bureau of Labor Statistics reports the Hispanic unemployment rate for March was a pitiful 9.0 percent, while the national overall rate was 7.5 percent.  That is a gap of 1.5 percent.  This portion of the Obama Failometer Score is 150.

The Hispanic unemployment rate hit its all-time historic low of 4.7 percent during Bush's last term.  It is almost twice that rate under Obama.