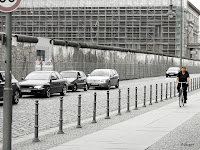 In the classical-liberal age of 19th-century Europe, there were no immigration controls. Here is how Gustav Stolper — a German economist, classical liberal, and an immigrant — described the world he had known:

This economic and social system of Europe [before 1914] was predicated on a few axiomatic principles. These principles were considered safe and unshakable…. They were freedom of movement for men, for goods, and for money. Everyone could leave his country when he wanted and travel or migrate wherever he pleased without a passport. The only European country that demanded passports (not even visas!) was Russia, looked at askance for her backwardness with an almost contemptuous smile. Who wanted to travel to Russia, anyway?

The liberal thinkers of the 19th century got a few things wrong, but they were steadfast in their defense of a free market in labor. They upheld freedom of migration as an axiomatic principle, as Stolper put it. They won the argument. And they lived in a time of unprecedented peace and economic growth.

We now have closed-border libertarians, who argue that democratic welfare states have immigration controls that are too lax. They charge politicians with allowing too much immigration, compared with the highly restricted level that they believe would be allowed in a private-property society.
Closed-border libertarians consider it just for the state to heavily restrict immigration across arbitrary international borders because, they argue, this would be the kind of action that a private community landowner would take.

Well, if you believe that the state should act like a private landowner with regard to immigration, look at what the monarchs of the 19th century did. They did zip. They didn’t even ask to see your passport.
The monarchs who ran Europe in the 19th century allowed completely free migration. And they did so in a time of far higher violent crime levels, when there was objectively more to fear from strangers. The monarchies were far more open to migration than the welfare-state democracies that followed them.

The liberal economic system of the 19th century collapsed with the First World War, which was the beginning of the new era of democratic welfare states, and all the interventionism that came with it. The wars and protectionism of the interventionist states in the 20th century destroyed much of the economic integration and progress of the 19th-century liberal age.

Immigration controls were just one aspect of this wider regression — from economic freedom into socialist protectionism. The damage was huge. World trade as a share of world output did not recover to its pre–1913 level until the 1970s.

So closed-border libertarians have got it backwards. Interventionist states do not promote immigration; in fact the opposite is true.  It was the rise of the democratic welfare states, with all their controls and permits, that created immigration controls in the first place. The European monarchs who reigned before them maintained open borders.

Immigration controls are an integral component of the interventionist state — it cannot survive without them. As Harry Browne said, “Libertarians know that a free country has nothing to fear from anyone coming in or going out, while a welfare state is scared to death of poor people coming in and rich people getting out.”

Ludwig von Mises, the classical-liberal economist (and immigrant) never sank to ad hoc endorsement of statist migration controls. He knew that they are antithetical to a free society. As he put it, “Without the reestablishment of freedom of migration throughout the world, there can be no lasting peace.” If libertarians today do not take a principled stance on such issues, there is little hope of our convincing anyone else to work towards a free society.

Merely because you live in a welfare state, you do not have to adopt a welfare-statist mentality and argue that people should be prevented from changing their home because they might take benefits from the state. Endorsing the state’s aggressive intervention in labor markets is unprincipled.

If you are against welfare, make the argument against the welfare system, not against immigrants on the basis that they might someday take welfare. If you are worried that immigrants might vote for politicians you dislike, be consistent and argue against the legitimacy of anyone’s voting to take your money, not just someone who recently moved.

We have a common enemy — the interventionist state. People moving from one home to another across an artificial line are not initiating aggression. They are not the enemy. Nineteenth-century classical liberals knew that. It’s a shame that so many modern libertarians have forgotten it.


Republished from the Future of Freedom Foundation.