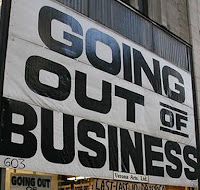 When the U.S. imposed a tariff on magazine paper from Canada in 2015, workers at a financially troubled paper mill in Maine cheered. Less than two years later, their jobs are gone and the mill is closed.

It wasn’t supposed to happen that way. Tariffs, protectionists tell us, help the domestic economy, or at least certain industries. The truth is that restrictions on imports almost always backfire. By suppressing competition, they make domestic industries less efficient; they raise prices both on imports and the competing domestic products; they don’t spur us to fix our own problems or products but instead, they make us sloppy; and they hurt consumers who face higher prices and often fewer choices.

With so many people calling for tariffs or quotas or other protectionist restrictions on trade these days, perhaps we’re overdue to re-learn some important lessons.

The Importance of Trade

Why trade at all? If we really wanted to, we could behave like a national Robinson Crusoe—keeping foreign goods out and making everything ourselves. But people trade because they want to acquire things that are cheaper or better or even unavailable at home. The fundamental principle of trade is that both sides to the transaction benefit or they wouldn’t have traded in the first place.

The most painful lesson in America’s trade history came in 1930. To combat rising unemployment at the start of the Great Depression, Congress and the President imposed the highest tariffs in a century. The thought was that if we made those foreign imports more expensive, then Americans would buy more domestic-made goods and thereby put people back to work. But foreigners retaliated by imposing tariffs on the U.S. A full-scale trade war resulted.

Trade is a two-way street. Closing the door to imports closes the door to exports. If foreigners can’t sell here, they can’t earn the dollars they need to buy here. When the 1930 tariff caused Americans to buy fewer imports, foreign sellers stopped buying American goods. As a result, American agriculture, dependent then as now on exporting farm produce, suffered plummeting prices and huge losses in the 1930s.

Americans last year imported about $2.3 trillion in physical merchandise. More than half of the total were not finished goods. Rather, they were raw materials, capital goods, industrial supplies and component parts for things like automobiles. Make all those things costlier through tariffs and you simultaneously hurt American industries that buy them. A tariff on foreign goods should be regarded as a consumption tax on Americans citizens and companies.

What About Fair Trade?
Foreign governments don’t play fair, you say! Yes, others from time to time do impose tariffs on us. But retaliating in kind is liking cutting off your nose to spite your face. It just makes things more expensive to us.

Yes, China has manipulated its currency to help its exports but does anybody think America’s central bank doesn’t manipulate the dollar, as well as interest rates? And when China reduces its currency’s value to help its exports, the flip side is that we get a lot of stuff from China at cut-rate prices that we can use to both save money and make our own industries more competitive. American automakers may not like cars coming from Japan but they sure like cheaper parts coming from China or wherever.

Freer trade causes short-term issues and necessitates adjustments in production and employment, for the same reasons the automobile challenged the buggy industry. But imposing costs and barriers to trade creates problems of its own. Trade is, and always has been, a vitally important way to strengthen an economy and give choice to consumers.

Lawrence W. Reed is President of the Foundation for Economic Education and the author of the forthcoming book, Real Heroes: Inspiring True Stories of Courage, Character and Conviction. Follow on Twitter and Like on Facebook.