As Trump was dining at his Florida Mar A Lago resort with Japanese Prime Minister Shinzo Abe Sunday night, news broke North Korea had tested a new nuclear-capable missile.  Rather than break the from party to receive the emergency intelligence briefing, Trump conducted the meeting in the middle of the public restaurant.

Guests seated near Trump at the restaurant snapped cell phone photos of the President reading sensitive intelligence documents and posted them to Facebook.

Chaffetz's letter asks the White House to explain what security measures were taken, the classification levels of the documents displayed in public, whether classified information was discussed in common areas, how Mar A Lago guests and workers are vetted to screen out security risks and what security protocols are in place at the public resort.

A copy of Chaffetz's letter is below. 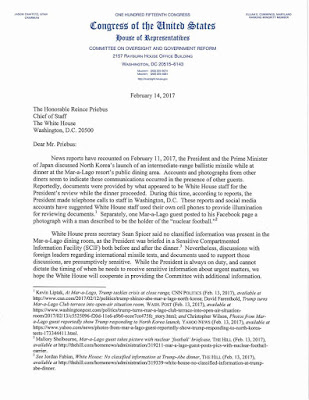 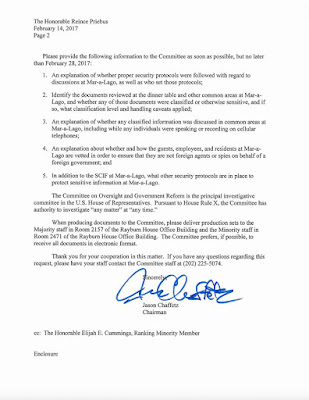