Garbage In, Garbage Out at the Federal Reserve 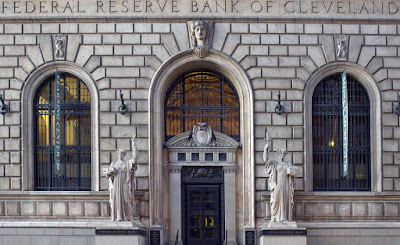 The monetary matadors at the Federal Reserve have stared into the eyes of mild price inflation for years. They didn’t move a muscle for years and have finally twitched ever so slightly, a couple times in the last few months, with a promise of more.

It is the view of Fed Chair Janet Yellen that signs of overheating in the broader economy are “scarce.” The indispensable Grant’s Interest Rate Observer isn’t so sure and devoted its front page and then some of its March 10 issue to inflation and how it’s measured. After all, the price level is the North Star of central bank policy.

Grant’s sent its Harrison Waddill to tag along with a “government inflation scout” who was sampling prices for the Bureau of Labor Statistics (BLS) at a New York supermarket. The BLS price sleuth told Waddill, “Sometimes, an item that I’m supposed to price isn’t on the shelf when I arrive.” Remember, there is an army of PhDs waiting at the Eccles Building and other Fed forts to plug price data into their models so as to make the secret sauce that creates our prosperity.
Our man from the BLS related a story about a store no longer carrying the prepared salad he was to price, so he made the executive decision to substitute a fruit salad, and finally “found prepared prices of fruit.”

Unfortunately for our part time price picker, his substitution didn’t pass muster with the BLS brass, “not enough nuts or croutons,” they said. He was given “a list of different items (not salad) to price instead.”

Grant’s admits the BLS has a difficult job. “But we wonder about the margin for conceptual error in the processing of the statistics so carefully gathered.” Add CPI and PCE to sausage and legislation as things you don’t want to watch being made.

Ignorance is Bliss at the Federal Reserve

The Fed’s employees, themselves, are blissfully unaware of changes in the price level of things like, say, food. Danielle DiMartino Booth lists the creature comforts afforded central bank employees in Dallas in her insightful new book Fed Up. In addition to a subsidized cafeteria, there is a separate executive dining room.

DiMartino Booth described how some employees would come early, work out in the Fed’s on-site gym, shower, dress, have breakfast and then “Four hours later they headed to the executive dining room for competitive discourse on the latest iteration of their models over long lunches.”

The ex Wall Streeter and financial journalist took a job at the Dallas Fed as the housing bubble was ramping up. She remembers her days on Wall Street when traders ate expensive steaks at their desks, not wanting to miss any market action.

In contrast, Fed employees, had no interest in financial news. They scattered for lunch. The cafeteria was fine for DiMartino Booth. As she writes, “The food was darn good and so cheap some people even bought dinner to take home to the spouse and kids.”

Job perks at the Fed are impervious to the business cycle, while Wall Street benefits come and go, she explains. And the only “hustle and bustle [at the Fed]: 5 p.m. on the nose.”

The economists were satisfied parsing backward-looking data to predict future events using their mathematical models. Financial data in real time were useless to them until it had been “seasonally adjusted,” codified, and extruded into charts.

Richard Fisher, who headed the Dallas Fed at that time, actually talked to business people operating in the real economy. “He had real problems with the Fed’s designated measure of inflation, ‘core’ personal consumption expenditure (PCE), which ignores the prices of food and energy and thus did not reflect inflation’s true level.”

Grant’s quips, “As a rule, the PCE prints lower than the CPI, which some count a merit in its own right.”

Garbage In, Garbage Out

Oskar Morgenstern, described by Grant’s as the father of game theory, was more than skeptical of those who placed any trust in numbers, gathered by the likes of the BLS part timers mentioned earlier, and “ground out in so many steps, operations, computations, etc. all based on a great deal of theory.” Morgenstern believed, “the idea that as complex a phenomenon as the change in a ‘price level’ itself a heroic theoretical abstraction, could at present be measured to such a degree of accuracy is nevertheless simply absurd.”

The Fed is said to be “data dependent” and that data includes the price of salads, or whatever, when available. For the moment, its much-watched PCE, “remains quite tame” at 1.9% writes Amey Stone for Barron’s.

Meanwhile, the Fed’s PhD army will see what it wants to see and believe what it wants to believe. Trusting the view of someone who has been there, Ms. DiMartino Booth, we should remember the Fed is “an arcane, complex, and peculiar decision-making apparatus that is virtually opaque to outsiders.”

As for the current Chair, back when she headed the San Francisco branch, “Top corporate leaders in Yellen’s district--even bankers on her own board of directors--thought she was a clueless academic more interested in labor issues than the dilemmas of those running businesses,” writes DiMartino Booth.

Ludwig von Mises believed there to be no validity in the idea of price levels.


"What is fundamental to economic theory is that there is no constant relation between changes in the quantity of money and in prices. Changes in the supply of money affect individual prices and wages in different ways. The metaphor of the term price level is misleading."

What we know for sure, is what the Fed does is mislead entrepreneurs with ill-conceived monetary monkey business. Sadly, while they rest on their PhDs, they don’t know what they don’t know. Douglas French is an Associated Scholar at the Johnson Center at Troy University and adjunct professor at Georgia Military College. He is the author of three books: Early Speculative Bubbles and Increases in the Supply of Money, Walk Away, and The Failure of Common Knowledge.