One Bill Could Massively Improve Access to Lifesaving Drugs 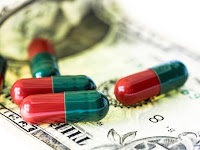 Senators Ted Cruz (R-Texas) and Mike Lee (R-Utah) have just introduced a bill that would implement an idea that I have long championed: making drugs, devices, and biologics that are approved in other developed countries also approved for sale in the United States.

Highlights of the “Reciprocity Ensures Streamlined Use of Lifesaving Treatments Act (S. 2388), or the RESULT Act,” include:
In explaining why he introduced the bill, Senator Cruz argued:


We continue to lose far too many of our loved ones to the “invisible graveyard,” as economist Alex Tabarrok has described: lives that could have been saved but for a bureaucratic barrier that rejects medical cures and innovation…

The bill I am introducing takes the first step to reverse this trend. It provides for reciprocal drug approval, so that cures and medical devices that are already approved in other countries can more expeditiously come to the U.S.
This post first appeared at Marginal Revolution. Alex Tabarrok is a professor of economics at George Mason University. He blogs at Marginal Revolution with Tyler Cowen.