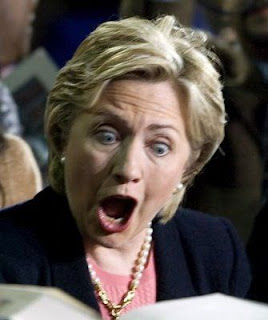 Imagine the looks on the faces of State Department workers when ATP delivered 150,000 public comments -- all in favor of the Keystone XL Pipeline -- last week!

Thank you so much for signing your petition.  Your action is really making a difference!

In fact, just recently, the Obama Administration allowed the southern portion of the pipeline to go through with construction.

But this is only one small step -- and allowing construction of a portion of the pipeline makes it that much more crucial that Barack Obama allows the entire pipeline to move forward.

That’s why I’m counting on the generous support of folks like you to help ATP continue to fight the Keystone Pipeline battle and the many others we face against the radical environmentalists.

ATP is the ONLY national grassroots organization designed to mobilize Americans from all over the country to fight back against the radical environmentalists’ schemes.

You see, the radical environmentalists and their Big Government pals are not only targeting oil production and pushing gas prices sky-high.

They’re doing everything they can to shut down coal-fired energy plants and regulating everything from what type of water heater you have in your home to what kind of light bulbs we use!

So today, our work has never been more important.

ATP’s mobilization of the American people on these critical issues could be the difference between lower energy prices and a free and prosperous future for Americans -- or even higher energy prices, a stagnant economy and less freedom.

But our success at defeating the radical environmentalists depends on the generosity of concerned folks like you.

In the coming days, I’ll be sending you some information about some of these important battles you and I are facing against the radical environmentalists.

Of course, you and I are knee-deep in the midst of one of the most crucial election years in our nation’s history, so its critical folks like you and me stand up and fight back against the radical environmentalists.

Our future -- and our economy -- could very well depend on it.

P.S.    Thank you for signing your petition to the State Department demanding they allow construction of the critical Keystone XL Pipeline.

You petition -- along with 150,000 others -- sent a loud-and-clear message that the American people are tired of the radical environmentalists keeping our economy under lock and key and telling you and I how to live.

Of course, this fight is far from over -- so I’m going to continue to ask for your help and support in the future.