On Monday screaming Obama supporters punched and woman and rushed the stage as Ryan was speaking in Iowa.

Yesterday a screaming Obama supporter interrupted a "Women for Romney" event and spat in a woman's face.

An Obama supporter showed up at Cleveland's "Occupy The Truth" event to scream like a maniac at Tea Partiers.

Oh, and he's also a convicted sex offender, trying to arrange sex with a 12-year-old boy who turned out to be an undercover police officer.

And after his arrest on child sex charges we was still hired to help run Democrat Congressman Tim Ryan's campaign. 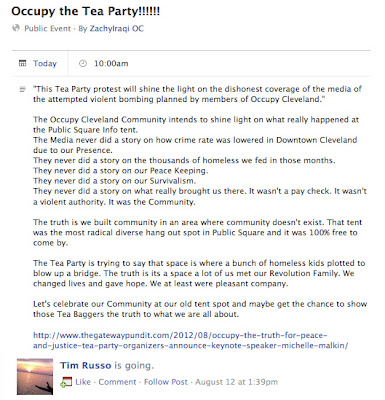