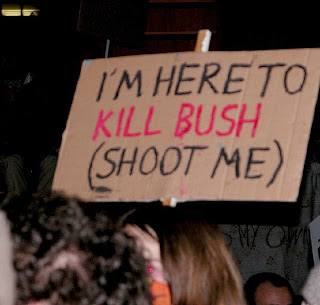 If true, that's troubling. Earlier this week Secret Service agents and Iowa State Police had to cut short a Paul Ryan speech because shrieking Democrats were punching people in the crowd and rushing the stage.

And earlier this week the Black Panthers, emboldened by Obama's decision not to prosecute them for occupying Pennsylvania voting locations and threatening white voters with weapons, promised to spread violence at the Republican National Convention, just four years after a cadre of liberals were prosecuted for planning to firebomb the meeting.