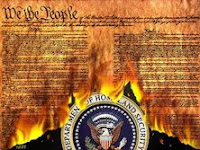 "The National Security Agency illegally gathered as many as 56,000 emails and other electronic communications between Americans with no connection to terrorism as part of a collection program that was ruled unconstitutional by a secret spy court in 2011.

"The Foreign Intelligence Surveillance Court rendered its decision in an 86-page opinion on Oct. 3, 2011. It was declassified Wednesday by U.S. intelligence officials, and Director of National Intelligence James Clapper authorized the release of the opinion...


"In the opinion, Chief Judge John Bates found that the government had "advised the court that the volume and nature of the information it has been collecting is fundamentally different from what the court had been led to believe."

"Bates said the court must rely on the government to say when it improperly spies on Americans, according to the opinion..."