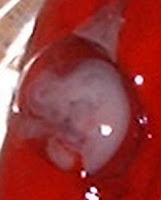 " New York mayoral candidate Christine Quinn, who is speaker of the City Council, said one of her political platforms is perhaps opening the door for middle school girls to receive morning-after contraception, known in some circles as the abortion pill.

"Yes, doing so “can make some people uncomfortable,” she said, as the New York Post reported. But, she added, “this is a really important option we need to make accessible.”

"That means some girls as young as age 11 could have access to the pill. Ms. Quinn, who faces off against former Rep. Anthony Weiner in the Democratic mayoral primary — made the comments after receiving an endorsement from the Planned Parenthood of New York City Political Committee.