Gun Free Schools are a deadly failure. This bill ends them. 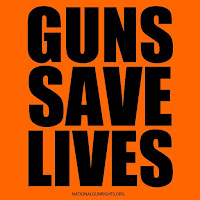 The bill, originally introduced by Rep. Ron Paul (R-TX) in 2007, repeals the Gun-Free School Zones Act (GFSZA) of 1990, which makes it “unlawful for any individual knowingly to possess a firearm at a place that the individual knows, or has reasonable cause to believe, is a school zone.” In 1995, the Supreme Court held the GFSZA unconstitutional, which prompted Congress to amend the bill in 1996. The Supreme Court has not ruled on the constitutionality of the amended Act.

Representative Massie concluded: “A bigger federal government can’t solve this problem. Weapons bans and gun-free zones are unconstitutional. They do not and cannot prevent criminals or the mentally ill from committing acts of violence. But they often prevent victims of such violence from protecting themselves.”

As John Lott, author of The War on Guns: Arming Yourself Against Gun Control Lies, writes in The Columbus Dispatch, “Would you feel safer posting a sign announcing your home is a gun-free zone? Criminals don’t obey these signs. In fact, to criminals, gun-free zones look like easy targets. So why do we display these signs in public places?”

Representative Massie is Chairman of the Congressional Second Amendment Caucus in the 115th Congress.