One Woman’s Story About the Increasing Costs of Obamacare 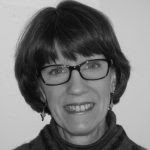 When Kim Quade left her job of 17 years as a school speech pathologist outside Kansas City, Kansas, to work independently, she knew she would have to purchase her own health insurance. But, Quade says, she never anticipated the rate increases to come.

Quade, 61, says she researched options and found a decent plan for a fair price. In 2013, she changed her health insurance carrier and purchased a plan for $188 per month.

Quade says she liked this plan, in part because she believes health savings accounts are patient-centered and should be encouraged.

“It was something that I was able to take care of on my own and I was happy about it. It’s the way I was raised: You take care of yourself,” Quade says.

“A health savings account is a pre-tax medical savings account available for taxpayers who are enrolled in a high-deductible health plan,” Heck said. “The high-deductible health plan serves as catastrophic coverage, while encouraging individuals and families to save money to use toward future medical expenses. Funds deposited into an HSA are not subject to federal income tax.”

Over the years, Quade says, her situation changed drastically. In 2015, her $188 monthly premium more than doubled to $399 per month.

She was willing to pay the increased rate, Quade says, because “I had my regular health care doctor and specialist, and I wanted to keep these people very much.”

“I didn’t want to lose them, so I bit the bullet.”

But when her monthly premium went up an additional $200, Quade says, she decided to make a change.

Quade says she and her husband reluctantly entered the federal Obamacare exchange, purchased a family plan, and stayed on it until her husband turned 65. He transferred to Medicare, and she, again, shopped for a new health insurance plan.

She says she had two goals: keep her health savings account and both of her doctors. She was able to do this at a price of $773 per month, she says, and after receiving a subsidy her monthly payment is $333—still nearly double what she was paying in 2013.

Although her original plan covered flu shots and physicals, Quade says, her policy under Obamacare covered neither for her. After a bout with pneumonia last year, she says, her insurance paid only $50 toward the cost of two X-rays.

Asked whether she experienced any improvements to her health plan under Obamacare, or noticed any benefits that weren’t available to her before, Quade simply says: “No.”

With health insurance carriers in Kansas leaving the federal exchange and some leaving the state entirely, Quade says, she was left with few options. The policy she purchased before Obamacare is no longer available, she says.

“A lot of companies are leaving the states because they can’t make a profit,” Quade says. “Profit is not an evil thing, it’s how companies stay in business and make jobs for other people and produce a product.”

Amid uncertainty in Congress about the details of repealing and replacing Obamacare, Quade, who writes for the Victory Girls blog, says she believes the free market is the optimal solution for the health insurance industry.

“Less regulation, more free market,” she says. “Because companies want to do business, they would love to come back into Kansas and to other states.”