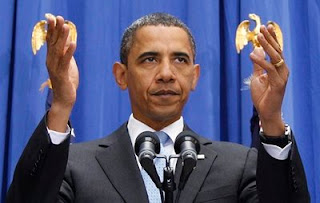 Banned by a stroke of Barack Obama’s pen.

In a move unprecedented in American history, the Obama Administration quietly banned the re-importation of 600,000 American made M1 Carbine rifles.

That's nearly one million pieces of American history denied to the American people.

The M1 rifle, developed in the late 1930’s, carried the United States through World War II seeing action in every major battle.

General Patton at the time called the M1 “the greatest battle implement ever devised.”

The rifle is largely credited with giving American soldiers the advantage and securing victory for the allies.

During the Korean War, nearly one million of these rifles were brought to South Korea and left with the South Korean government afterward.

Now, South Korea wants to give American gun collectors the chance to get their hands on this unique piece of history.

A piece of American history that Barack Obama would like to see go down the memory hole.

That’s why I want as many Americans as possible to put themselves on record opposing this gun ban by signing the Official Firearms Freedom Survey the National Association for Gun Rights has prepared for you.

Will you please join me?


After World War II, the United States government sent millions of these rifles overseas to our allies and friends.

Over the past 50 years, many of the countries we lent them to returned them to America to be bought and sold by firearms collectors.

This is nothing new.

Make no mistake; these firearms were made in America, by Americans, for Americans, to defend freedom on foreign shores.

As a part of our history, they are greatly sought after by American shooters and collectors.

But according to Hillary Clinton’s State Department there is a danger they might “fall into the wrong hands.”

That they might, possibly, one day be used in a crime.

No mention of the hundreds of thousands of gun owners deprived of the opportunity to own an integral part of American history.

The State Department’s outrageous claims are nothing more than a thinly veiled ploy to distract from the real issue:

While his gun-grabbing base is giddy with praise at this back-door gun ban, law-abiding citizens across the United States are crying foul.

Now they are sold through the Civilian Marksmanship Program.

You can even purchase a newly manufactured model from Springfield Armory that was made just a month or two ago.

And the M1’s caliber or capacity is no more dangerous than the millions of modern firearms owned by Americans across the country today.

As you can see, there is absolutely no justification for this unconstitutional gun ban.

This is just the latest in a series of anti-gun schemes from the Obama Administration:

*** A new so-called “Assaults Weapon Ban" -- targeting ALL semi-automatic rifles and shotguns -- which, unlike the Clinton ban, would NEVER expire;
*** An outright BAN on “high capacity” magazines -- banning the sale and manufacture of magazines holding more than just a handful of rounds;
*** A National Concealed Carry “Standard” -- designed to make it even more difficult for law-abiding citizens to carry a gun to protect themselves and their families from assault;
*** Mayor Michael Bloomberg’s “Catch-All Gun Control Scheme” -- to create a national “cannot buy registry,” allowing citizens to be stripped of their Second Amendment rights on a Justice Department whim, effectively banning all private gun sales.
That’s why it is essential that Americans like you and I take a stand against the M1 rifle and 1911 gun ban!

It has been common practice since the end of World War II to re-import these American made rifles from the foreign allies they were lent to during the war.

But the Obama Administration departs radically from the American tradition.

In fact, on top of banning American citizens from owning these historic firearms, Obama’s State Department is arranging for the destruction of nearly one million of them -- ironically, at a time of ballooning federal deficits.

These firearms -- truly pieces of American history -- rightly belong in the hands of U.S. citizens.

That’s why I was glad to hear that the National Association for Gun Rights is helping fight this power grab in the U.S. Senate.

Do you believe the U.S. Constitution, the Bill of Rights, and the Second Amendment are the supreme law of the land?

Do you believe that President Obama banning the re-importation of these historic firearms is an unprecedented and unconstitutional power grab?

Do you support Congress forcing President Obama to reverse his ban and save these American made firearms from destruction?

If you said “Yes” to these questions, please sign the Firearms Freedom Survey the National Association for Gun Rights has prepared for you.

Your survey will put you squarely on the record AGAINST Barack Obama’s Gun Ban.

With your generous contribution, the National Association for Gun Rights will continue contacting Second Amendment supporters to turn up the heat on targeted U.S. Senators.

Not only that, but they’re preparing a massive program to launch the designed to force President Obama to reverse this ban.

Of course, a program of this scale is only possible if the National Association for Gun Rights can raise the money.

But that’s not easy.

And every dollar counts in this fight so even if you can only chip in $10 or $20, your help will still make a difference.

Thank you in advance for your time and money devoted to defending our Second Amendment rights.

P.S. In a move unprecedented in American history, Barack Obama secretly banned the re-importation of nearly a million American made M1 Carbine rifles and 1911 pistols.

The M1 rifle, developed in the 1930’s, carried the U.S. through World War II seeing action in every major battle.

So please put yourself on record AGAINST the Barack Obama’s Gun Ban by signing NAGR’s Firearms Freedom Survey.

But along with your survey, please agree to make a generous contribution to the National Association for Gun Rights of $250, $100, $50 or even just $35.

And every dollar counts in this fight so even if you can only chip in $10 or $20, your help will still make a difference.